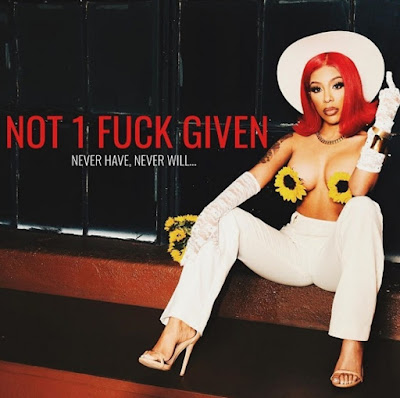 Singer, songwriter and television personality K. MICHELLE delivers a new mixtape Not 1 F**k Given to fans before dropping her upcoming fifth studio LP All Monsters Are Human on January 31, 2020.


Not 1 F**k Given follows after K. Michelle's previous two mixtapes 0 F**ks Given & Still No F**ks Given and showcases her versatility as a musician from slow jams to club tracks to Country influences.

Email ThisBlogThis!Share to TwitterShare to FacebookShare to Pinterest
Labels: #KMichelle