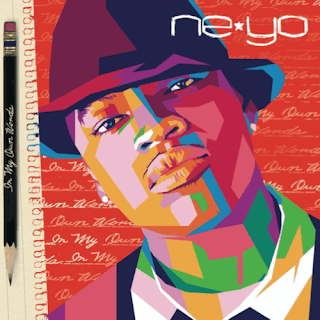 In honor of the 15th anniversary of the 2X platinum In My Own Words by R&B veteran NE-YO, UMe/Def Jam will be releasing a digital deluxe version of the album as well as two live acoustic performances of the hit singles from the project “So Sick” and “Sexy Love,” live from The Compound in Atlanta.
UMe/Def Jam/Motown are also releasing a documentary about the fifteen years of NE-YO’s life since the groundbreaking album that catapulted him into superstardom. The documentary touches on his relationship with his wife, performing at George Floyd’s Funeral, and his inspiration for making art.

Prior to the album release, NE-YO made his name in the industry as a writer wunderkind penning hits for Mario and Rihanna, among others. This album represented a departure from his behind the scenes work and signified him stepping out into the spotlight.

The In My Own Words Anniversary Edition digital deluxe arrives February 26 and will feature six bonus tracks including previously retail exclusive track “Girlfriend,” “Stay (Remix),” which was released on the Japanese version of In My Own Words, two instrumentals (“So Sick” and “When You’re Mad”), and the acoustic versions of “So Sick,” and “Sexy Love.”