New Music: The Ton3s - Got So Much Love (from Upcoming Album "We Are The Ton3s") 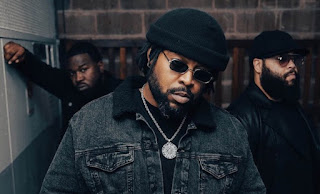 Produced by Greg Cox and co-written with The Ton3s, the soulful ballad follows after their single "Better" and is set to appear on their upcoming album We Are The Ton3s.

Email ThisBlogThis!Share to TwitterShare to FacebookShare to Pinterest
Labels: #theton3s