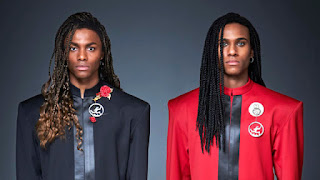 Milli Vanilli, the ‘80s pop duo that found themselves embroiled in one of the music industry’s biggest scandals, is getting the biopic treatment.

Newcomers Elan Ben Ali and Tijan Njie have been tapped to portray the pop stars in an upcoming film titled “Girl You Know It’s True” named after the group’s debut album and worldwide hit.

On Thursday, Leonine Studios, the filmmakers behind the movie, released two first-look pictures from the production.

In 1998, Pilatus was found dead in a hotel room in Frankfurt, Germany, at age 33. The Associated Press reported at the time that Frank Farian, Milli Vanilli’s former producer, said Pilatus had been drinking and taking prescription pills the night before his death.

Soon after they emerged on the music scene, Milli Vanilli became a global success. They topped the charts with R&B and dance-pop tracks like “Baby Don’t Forget My Number,” “Girl I’m Gonna Miss You” and “Blame It on the Rain.”

Their earworms helped them land the best new artist award at the Grammys in 1990. Soon after, Farian revealed to Reuters that Morvan and Pilatus were actually lip-syncing their own songs, Variety reports.

The producer had created a fake band and the late John Davis, Brad Howell and Charles Shaw were the real voices behind the catchy singles.

Milli Vanilli returned their Grammy and were outcast from the music industry. 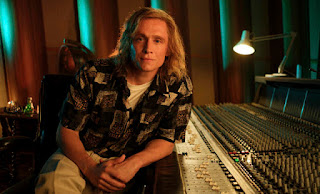 Actor Matthias Schweighöfer, an “Army of Thieves” star who will next appear in Christopher Nolan’s “Oppenheimer,” has been cast as Farian in the “Girl You Know It’s True” biopic.

According to a press release from Leonine Studios, the movie will tell the story behind the public fall from grace.

“At the height of their fame, Milli Vanilli win the Grammy Award but the situation behind the scenes escalates and the pressure on Rob and Fab grows. When the truth is revealed, they stare into the abyss while the world witnesses one of the biggest scandals in music history,” the press release said.

German filmmaker Simon Verhoeven is directing the movie, which is based on his screenplay. Howell, Pilatus’ sister, Carmen, and Davis’s daughter, Jasmin, are associate producers on the project.

Speaking about his movie, Verhoeven said in the press release, “‘Girl You Know It’s True’ is captivating on so many levels. It not only tells the spectacular rise of two underdogs making it to the zenith of showbiz within one summer, it also gives a fascinating glimpse behind the scenes of that illusory world of fame and its sometimes tragic and unscrupulous machinations.”

He added, “Personally, I think Rob and Fab did not deserve to become the sole scapegoats of this scandal.”

Production for “Girl You Know It’s True” is expected to wrap in December 2022.

This article was originally published on TODAY.com

Email ThisBlogThis!Share to TwitterShare to FacebookShare to Pinterest
Labels: #millivanilli