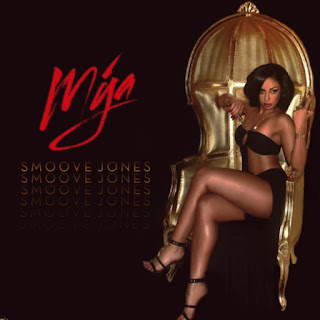 Grammy Award-winning Singer-songwriter, dancer and actress MYA discuss her musical influences, prominence to the music industry, Independence as an artist, plus her new album SMOOVE JONES and much more.

MYA: Well I’ve been singing since three but the funny thing is my parents didn’t really realize I could sing until my early teens and from there my father set up studio sessions for me with some of his local musician friends in Maryland. I was constantly learning the recording process and educating myself. Luckily we saved up some money and made a professional demo and being that my father was a performer as well, shopped around the demo tape and met a guy named Haqq Islam in the DC area who had his own label and had signed other DC acts like Dru Hill and Pure Soul. Haqq Islam had the tape but wanted to know if I could perform live so I had to perform in his office. He invested in me and we made more demos so I was from coast to coast recording elsewhere and also in Maryland in college and working. A couple labels passed on it. Interscope initially said they didn’t do R&B and were Rock and Rap oriented but would give it a shot. So to make it short it takes to do your homework, invest and prepare for what you want.

TERRANCE: You’ve been making strides with your independent label Planet 9. Why did you decide to create your own label?

MYA: After I left Motown in 2007 due to negligence of the Liberation album I chose the independent route to see what it was like. I’ve been loving the experience and to have that freedom means so much to me. I can create and distribute as much as I like especially with social media now. It’s been rewarding because it has prepared, conditioned and allowed me to know how the business really works.

TERRANCE: Pros and cons of being independent?

MYA: The pros are again is the freedom to release however many projects to fans creatively and my way. Under my label I’ve been able and fortunate enough to release two full albums, three EPs and a mixtape. Plus my my upcoming album Smoove Jones that i’m excited about. On the flipside of being independent is you have to fund everything yourself. You have to either have an investor or precipitate the income somehow, someway. It can be laborious and difficult when you’re also trying to survive as a person. It’s a process but well worth it in the end.

TERRANCE: You mentioned your album Smoove Jones, your seventh release. Tell us about the direction you’re going.

MYA: I love to experience all types of sounds so I’m outside the norm like with previous albums. Over the years I’ve accumulated fans from all walks of life arraying from mainstream Pop, international, the LGBT community who are very loyal I must say, then there’s R&B slow jams as well for those who have been following me since day one. It’s inspiring and empowering but authentic.

TERRANCE: With so much competition in the game how does Mya stand apart from the rest?

MYA: My goal was never to fit in and I don’t try to or have to. Even as early as my debut album I kind of had my own sound and style. There was never a time when people would say I sound or look like the next artist. I just want to do me and elevate each time and be happy doing it.

TERRANCE: How electrifying was it to participate on season nine of Dancing with the Stars?

MYA: When the opportunity presented itself I went for it because Dancing with the Stars was something I’ve always wanted to do. I tap dance and have done the Hip Hop dances in music videos but I’ve never been trained so I was excited to “tap” into that unfamiliar setting.

TERRANCE: Was there nervousness?

MYA:  Definitely because you want to make sure you get it right. It’s a totally different ballpark than shooting a music video where you could go back and edit or improve an imperfection.

TERRANCE: What’s one of the craziest rumor you’ve ever heard about yourself?

MYA: Oh God! There are plenty (laughs). I think the craziest one yet is that some blog put out that I was broke because I performed at a strip club. It’s hysterical how they manipulate a story to drive traffic, likes and shares and all that good stuff to their sites with the headlines “Mya is broke” or “Mya is stripping now”. You notice in the clip I didn’t take off any clothes or touch a pole. I was there promoting a record because there were requests. It was a song called Money from the Sweet XVI EP.

TERRANCE: What was the experience like working with P!nk, Christina Aguilera, Lil Kim and Missy on “Lady Marmalade”?

MYA: That was the first time I’ve ever collaborated with so many incredibly talented women. It was the song that won us all our first Grammys. It’s rare these days in the industry females can work together and get along for the purposes of womanhood, music and the cause. So it was one of the biggest moments in my career.

TERRANCE: What’s your take on artists specifically in R&B finding more success overseas than in the US?

MYA: For me I’ve been able to have a lucrative career outside the US in Japan due to the accidental leak of my Liberation album. There was an independent label there called Manhattans Recordings who believed in me to sign me to an exclusive deal there and that’s how the Sugar & Spice and K.I.S.S. albums came about.

TERRANCE: Do you think music videos still play an important role in the current state of music?

MYA: Most definitely. Visuals now more than ever before impacts the music. Mr. Incredible is one of my favorite videos I’ve done.

TERRANCE: Who were or are your biggest influences?

MYA: My father first he was a singer when I was a girl I would watch him perform. I love Prince’s artistic freedom to push the envelope, then there’s Billie Holiday, Lena Horne for song styling.

TERRANCE: Tell us about the Mya Arts & Tech Foundation.

MYA: It’s a foundation to help keep learning alive for the youth in Southeast of Washington D.C. who may not necessarily could afford classes, or be part of a community center or enroll in programs. It’s all about giving back and I’m there to teach as well.

TERRANCE: What’s your secret to staying so youthful in such a busy and sometimes exhausting business?

Email ThisBlogThis!Share to TwitterShare to FacebookShare to Pinterest
Labels: Mya