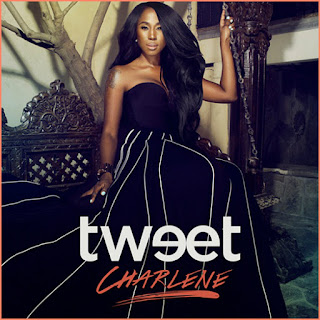 My interview with the Southern Hummingbird herself, Tweet, who’s gearing up to release her fourth project, Charlene on February 26th.

The single “Won’t Hurt Me” is available for purchase now: https://itunes.apple.com/us/album/wont-hurt-me-single/id1037369485

Terrance - “Won’t Hurt Me” is the lead single from your album, Charlene. What inspired this song?

Tweet - I wrote the song about a friendship I had where the guy wanted to be more than friends. When I told him I don’t feel the same way he began to do things to make me jealous or try to change my mind on how I felt. I was always unbothered and I would let him know….you can do whatever but it’s not going to hurt me or make me feel any different.

Terrance - Tell us about Charlene and what we can expect as far as the sound, collaborators and producers?

Tweet - Charlene is a soulful album produced by myself along with Charlie Bereal, Craig Brockman, Nisan Stewart and Jubu Smith. Since it’s been a while I didn’t want to flood the album with a lot of features so I kept it at one...a collaboration with my sis Missy.

Terrance - How does Charlene differ from previous projects?

Tweet - There really isn’t much difference in Charlene than the other projects because I’m still Tweet. I still give you songs that are pages out of my diary. In your face lyrics about love, hurt and pain.

Terrance - What was it like working with Syleena Johnson on the song “Angry Girl”?

Tweet - It was great working with Syleena on Angry Girl. It was like working with family...a sister. I loved the song when she sent it to me and was excited she asked me to be on it.

Terrance - You were also involved with the musical ensemble album, The Dresden Soul Symphony, that also featured Joy Denalane, Dwele and Bilal. How did that come about?

Tweet - I was contacted by a producer over there thru social media. He said Joy actually requested and wanted me to be a part. When I saw the lineup I was too amped to do it. It was one of the best experiences I’ve had in my career.

Terrance - The It’s Me Again project saw some success but came and went. What exactly happened with that record?

Tweet - At the time there was a merge between Elektra and Atlantic so I kinda got caught in the wind storm of that. Atlantic not really being there from the beginning and not really knowing what to do with me kinda did the damage. You can’t really have a successful album with no support.

Terrance - There’s a song on that album features your daughter Tashawna called “Two of Us”. She has since become a rising singer of her own. What advice you give her about the business?

Tweet - The advice I gave her was to never compromise who she is or the type of artist she wanted to be. To be original, true to herself and the craft. That she should do it for the love of it and not for all the accolades. Always put God first and everything will line up.

Terrance - You were in the early incarnation of R&B Divas Atlanta. Looking back on the series and how it played out, are you grateful you were not part of the experience?

Tweet - I just think it wasn’t the right time for me to do reality t.v. I was at the time more concerned with my music and opted to give my full attention to that at the time.

Terrance - Would you do Reality TV in the future?

Tweet - I would do reality t.v. if it was the right setting. Something positive like giving people the real deal on how I got to where I am and the ups and downs of the business. It would really have to be on that level for me to consider.

Terrance - Who inspired you musically growing up?

Tweet - I was inspired by my parents and family that sung and still sing. I come from a musical family that plays instruments, sing, preach etc etc….Also all of the early quartet groups, Clark Sisters, Commission, Aretha Franklin, Marvin Gaye, Al Green, Whitney Houston, and the list goes on.

Terrance - Interesting. You speak of instruments which I think are lacking in a lot of today’s music. What’s unique is you play yourself.

Tweet - I learned in Church how to play the drums. Never had any lessons I just picked up the sticks and started playing. The same thing with the guitar. I got tired of waiting on tracks or music from producers and so I picked up the guitar my Dad had sitting in a bedroom and began to play. I remember it only had 3 strings on it and I produced my first song which is Motel off the Southern Hummingbird album.

Terrance - You mentioned Whitney Houston as an influence and had the opportunity to collaborate with her on the song “Things You Say” from her Just Whitney… album. What was that experience like?

Tweet - It was something I will always cherish because not only was I blessed to have Whitney, the voice, sing a song that I wrote but a friendship came from it. She was the most down to earth person you would ever wanna meet. I miss her dearly.

Terrance - Who would be your dream duet?

Terrance - What are your thoughts on the Aaliyah biopic?

Tweet - I have no thoughts on it because I didn’t watch it. I think the family’s wishes should have been respected and the movie should not have been done.

Tweet - There are a lot of memories but my favorite was just us creating music all day everyday. It was magical and something I had never experienced. To be able to do something you love on that level with my Bassment Fam … PRICELESS.

Terrance - What is it like working with Missy and Timbaland?

Tweet - It’s like working with family. We’ve been doing so since the early 90’s. I’m always excited to work with them because I always know I’m going to get some heat...fire.

Terrance - I remembered at one point, life got so bad for you after the music didn’t take off how you wanted that you moved back home and thought of suicide. It failed and you’re still here. So the question is, what was the greatest lesson learned after coming through that ordeal?

Tweet - I learned that things aren’t that bad and that I’m not the only one who goes thru things.

Terrance - Take us back to your solo debut album, Southern Hummingbird. What was that experience like?

Tweet - I had no expectations. I was free to express myself and enjoyed every moment to be creative. There was no pressure, no stress and I was able to give off my chest a lot of emotions I had held for years. It was very therapeutic recording that album.

Terrance -”Oops (Oh My)” exploded on the radio in a big way. Did you think it would go as high as it did?

Tweet - I had no idea Oops would do what it did but thanks to radio and Dj Enuff who broke the record, it skyrocketed. I didn’t really like the song like that. I wanted one of my other songs to be the single.

Terrance - Where were you and what was your reaction when you heard it on the radio?

Tweet - If I can remember I was either in LA or FL and I flipped out, screaming and yelling. I might have even gotten out of the car and started dancing.

Terrance - Often times people categorize artists with one particular song in their discography despite having released a sheer amount of material. Has that ever been an issue with you?

Tweet - This has never been an issue. Although Oops was my biggest song that’s not the only song of mine that people know. People come up to me and name all different songs that they love. You can really tell when someone is a supporter… They know more than just that one song..

Terrance - Where can you be followed?