An Interview with Terry Dexter 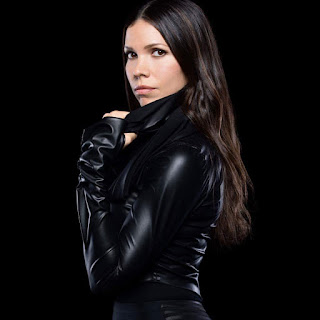 No stranger to the music industry my interview with multi-talented vocalist Terry Dexter who rose on the scene with the Billboard smash hits, “Better Than Me” and “Strayed Away” in the late 90’s. Many die hard music fans have often wondered where is Terry Dexter? From the beginnings to now, here is Terry Dexter...

Terrance - Take me back to your earliest beginnings when you realized you had a gift to sing.

Terry Dexter - I started singing as far back as I can remember. I would sing around the house as a child and put on solo concerts for my family and neighbors that would take place in my parent’s living room until one day at 7 years old I told my dad that I wanted to sing “for real” and that’s when he took me down to my uncles Baptist church and put me in the choir. I sang my first solo that Sunday. This was the beginning of it all. Singing in church really allowed me to realize and understand my gift to sing.

Terrance - How much influence did Detroit have on you sonically growing up?

Terry Dexter - Detroit has a specific sound that comes from “Motown” but also a very raw and true rhythm and blues sound that “Aretha Franklin” was one of the pioneers of. The idea of singing soulful gospel filled melodies with secular lyrics was embraced and inspired a lot by her. The foundation of the Detroit R&B sound is rooted in gospel but with our own specific spin on it and although it has evolved over the years, it always has it’s strong root. I also believe that the city itself and what it represents lives in the heart of it’s music community. The rich history and the resilience of the residents but also the close knit families and strong bonds and love that is shared between everyone.

Terrance - Share the backstory on how you got discovered in the music industry.

Terry Dexter - At ten years old I was part of a live performing band called “Tri Star”. Actually one of the members of “Tri Star” then was “Chris ‘Deep’ Henderson" who is a successful writer and producer in music today. At one of our shows an experienced music veteran named Cynthia Girty saw me perform and then asked my parents if she could work with me and I did. She discovered me.

Terrance - What do you remember most about the recording sessions for your self-titled debut album?

Terry Dexter - Fun, Fun and very fulfilling. It was a dream come true. The thing I remember the most was the late night recordings which were always magical.

Terrance - “Better Than Me” was one of my personal favorite Summer jams , how did that song come about and where were you when you first heard it?

Terry Dexter - Thank You :). “Better Than Me” was co-written by myself, Johnta Austin and Jazzy Pha in Atlanta. We sat in the studio that day and decided that we needed to write something fun. My album at that point had amazing ballads and mid-tempos but I wanted something more uptempo, but still where I could really sing and so… “Better Than Me” was born. I actually first heard it in Connecticut while in a car. I was asleep and my road manager Leroy woke me up so I could listen. It was a great moment hearing it on the radio for the first time.

Terrance - Soon after your first album, there was a hiatus, can you explain that?

Terry Dexter - I was actually all geared up to shoot a music video for “Strayed Away” which was the second single released from my first album but the label decided to move on and start recording a second album. I started on that and recorded quite a few new songs with a series of collaborators but there were business challenges going on behind the scenes that became difficult to maneuver through hence leaving the label and situation. I then signed with A&M Records shortly after and also recorded a few new records some of which were released through other mediums but also during that time I went through a huge artistic and personal transition and growth. Growing up from a girl to a woman and maturing in my craft and voice. Probably the most significant transitional period of my life so far so I decided to take on a very different artistic and life path which eventually led to…. the “Listen" project.

Terrance - And speaking of your sophomore album Listen, can you further elaborate the inspiration behind it?

Terry Dexter - Sami Mckinney….. Sami was a mentor to me since childhood and also introduced me to another mentor, Patti Labelle. Sami was my songwriting partner and made sure I stayed around pure musicians and singers no matter what was going on around me in the business. About a month before the “Listen” deal happened, I had a couple other deal offers for projects in other music direction’s on the table and was deciding along with Sami which road to take but then very unexpectedly in early 2008, Sami passed away. One of the most difficult times of my life was losing Sami so two weeks after his passing I decided to go forward with the “Listen” project. It was the greatest healing for me and I wanted to use my gift to uplift, inspire and help others. “Listen” is dedicated to Sami.

Terrance - Aside from singing I know you’ve also done a stage play, what was that experience like and would you ever consider Broadway theater?

Terry Dexter - Yes, I played “Tyme Prentice” in the David E. Talbert production, “Love In The Nick Of Tyme”. This experience was beyond amazing. Exhilarating. I learned so much. It was my first time acting and an introduction to an amazing new art form. I would def consider doing Broadway and will do it in the future.

Terrance - Are you currently working on new music? Is there a single we should look out for?

Terry Dexter - I am working on a few things musically. I have a few house infused soul records coming out. One with Chicago mavens Roy Davis Jr. and Steve Hurley. Another with Italian DJ producer Marco Corvino and a couple more. I am excited to announce that I am featured on an R&B soul duet single with live musicians alongside Johnny Manuel, produced and written by Preston Glass and Narada Michael Walden that is coming out next month. We are setting up now. I also have been working on a new solo project in the “Americana” vain. “Teresa Clark”.

Terrance - What’s a typical day like in the life of Terry Dexter?

Terry Dexter - Everyday is different. But most days including weekends are filled with both creative and business aspects but I always start my day no matter what with Chai Tea and a good hard workout in the gym.

Terrance - Studio vs Stage: Which do you prefer most and why?

Terry Dexter - I love both. They are very different experiences. The studio is a mix of creative and technical because recording a record has to be balanced both performance and sound wise usually working with a very small team whereas performing live is all out using your heart and soul, no technical and most importantly strongly connecting with your audience.

Terrance - Who are some artists you’re listening to at the moment or inspired by?

Terry Dexter - I listen to all genres of music. I have always been inspired by the one name greats: Aretha, Prince, Michael, Whitney but my more recent faves are Lady Gaga, Kings Of Leon, Ariana Grande and my newest fave Anderson Paak.

Terrance - What’s your stance on the current state of R&B music?

Terry Dexter - R&B music and the authenticity of the sound and heart of it has been compromised by electronic sounds. Technology and certain music trends unfortunately moved true musicians out of R&B and it’s very sad. Most instruments now can be mimicked by a keyboard or computer program these days. There is life and a special gift inside of a real pianist and or a guitarist etc and with real musicians and instruments then comes pure vocalists and songwriting that actually says something with substance. Putting all those special musical gifts together just makes sense in keeping R&B authentic and true. This is how R&B used to be. It was full of life and that life has been squeezed out, but… there are some artists out here today with that life still and I believe authentic R&B is in a sense finding its way back.

Terrance - If you weren’t a recording artist what would be your profession?

Terry Dexter - I’d be a doctor. I still live that dream by giving all my friends and family advice on their health and ailments. Basically, I’m the one many people in my life call if they are having a health issue before they go to the doctor.

Terrance - If you could go back and tell your 19 year old self one thing starting out in the business what would it be?

Terry Dexter - I would tell her to speak up more about her vision and what she wants to do even if it pisses off every single person around you and I’d also tell her to take breaks and say no if she needs to because she’s human and not a machine.

Terrance - And where can our readers connect with you in social media?