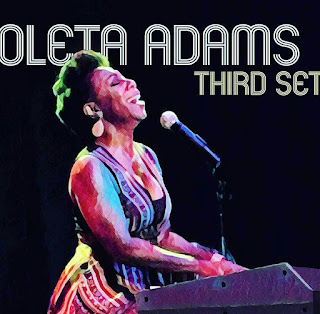 Legendary songstress, songwriter and pianist Oleta Adams widely known for signatures such as “Get Here”, “Rhythm of Life” and “Circle of One” joins me to discuss her musical journey as well as her tenth album, Third Set, available everywhere music is purchased.

Terrance - This year marks 45 years since you’ve been in the business, thus far what are the highlights?

Oleta Adams - Wow the first highlight is the fact that i’m still doing it (laughs), because it’s a very difficult business to be in and there’s so much of it and there’s so much access to it now that we have the internet. I’ve had so many moments that were stellar in my life and I would grade the ones that had five people in the audience equal playing Carnegie Hall or being on tour with the British group Tears for Fears who discovered me or the times I worked with Phil Collins on his Big Band tour or the times I played at the Hollywood Bowl or the places I’ve toured around the world. All of it is so special and the thing that i’m probably so honored about is when I get a message from someone telling me that my music helped them get through a tough time, that’s what I feel is an important moment and makes it worthwhile so it’s not just about getting to say I performed this place or that place but it has to do with where did the music that came out of me go? If it’s went into the hearts of some other people and it’s been long lasting then those are the moments that i’m most appreciative of.

Terrance - Throughout your career you’ve charted on multi-genre of music formats from Pop, Jazz, AC, Gospel to R&B, how would you best classify your music?

Oleta Adams - That’s always been an interesting thing because if you consider the fact that i’m a preacher’s kid who was raised in the Church and singing Gospel. Of course I was trained classically as a Lyric soprano and the fact that I sung Jazz, R&B and everything else in clubs until I got discovered, that right there tells you i’m very versatile so I really don’t like being locked down in a box or labeled (laughs). I suppose in Europe where I do perform a lot, they call it Soul music and I call it HEM [short for Highly Emotional Music].

Terrance - We always hear artists say they get bored or tired of performing a particular song, has that ever been the case with you?

Oleta Adams - Well, you know what I learned early is that it’s important you be careful what you sing. Be careful what becomes your big hit. I’ve been very fortunate that the songs that are my hits are still songs that I love to sing, some of them are difficult to sing (laughs), because year after year after year it get’s harder to hit those big notes but musically if it’s really constructed well, if it’s a great composition, if it has great meaning, if it reaches hearts and it’s a profound song then there is not a problem with me performing it so I do love singing “Get Here”, “Rhythm of Life”, “Everything Must Change”, “I Just Had to Hear Your Voice”, “Window of Hope” and “Circle of One”. I mean you be careful when you’re selecting the music and make something that means something to you.

Terrance - You mentioned, “Get Here” which was a pretty big song for you, was that song personally selected for you to remake? Oleta Adams - In 1988 actually right when I had been discovered by Tears for Fears I had already been scheduled to play piano bar in Scandinavia for six months and they asked me to stop by England first and record with them on The Seeds of Love album and I recorded the song “Woman In Chains” which was a big hit on their album and as I went on to Scandinavia, I was in a clothing store in Norway around the summer time and I heard Brenda Russell’s song “Get Here” playing around in the store and it was her new record and I was like, that’s a nice song and it just so happened my husband John sent the cassette to me so that I could listen to it. I learned the song and when I got back to America I started singing it and it just became so much a part of me that when I ended up getting my own record deal I was asked what did I want to sing and that was the song I knew I wanted to record.

Terrance - Talk to me about your new project, Third Set, and the concept behind it.

Oleta Adams - The reason this album came about is we were having success in the shows and people were enjoying the music and I wanted my fans to have something to take home with them. 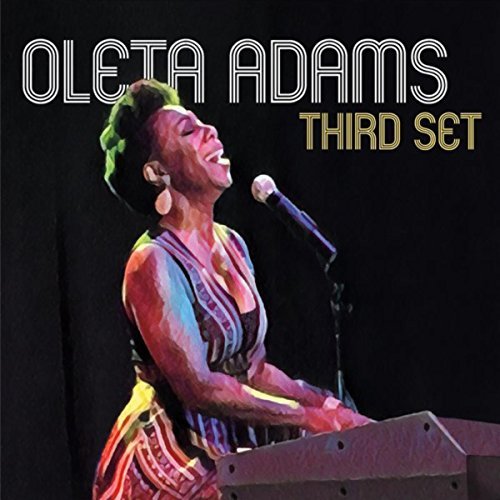 There were songs in my set I had not yet recorded and everywhere I went they would say, you need to record that and I was choosing music that I also like to do. In the middle of last year in America when we were going through so much mess I thought about Bob Dylan’s song “Blowin’ Kisses In the Wind”. How many years will it take for people to be considered equal human beings? I think when you’re in the business of art and it’s not just music but fine arts as well whether it’s poetry or drawings, all of that is recorded for Contemporary times. Whatever times it’s happening when we’re alive I believe that it is through music or other forms of art that we express what’s going on around us today so I did want to bring that song back out.

Terrance - You revisited “Evolution” and “Rhythm of Life” for the album, what’s the major difference recording them then versus now?

Oleta Adams - The originals weren’t done in acoustic form and normally I play piano on everything and in the last couple years I told my guitarist to bring along his acoustic guitar as well and my drummer who happens to be my husband bring along a cajon and we all come down front and you hear music that is played in an acoustic form and the people enjoy it. The music just opens up, it’s so warm and inviting and it’s very intimate when it is acoustic and it pulls everybody in and it’s fun and so “Rhythm of Life” was one of my hits and we gave it a totally different feel from the original. Ivan Lins’ “Evolution” I chose the song because of the words because it was very pertinent to what’s going on today and to do it in acoustic form I feel people would listen even more closely so I like my shows to be an experience where it ends up being a very adventurous and emotional evening and not just music performed.

Terrance - What are your thoughts on Rachelle Ferrell & Lalah Hathaway?

Oleta Adams - Those are my girls I absolutely adore them. We’ve been on some of the same gigs and I love their talent, there’s no one like them. Rachelle sings notes that hardly anyone can hit up there (laughs), she’s just amazing and it just gets better and better and better and Lalah comes from a background of Somebody. Donny Hathaway certainly inspired me and my style and Roberta Flack, that’s where I cut my teeth. Lalah has her own style and own ability that’s another it’s just a rich, rich sound. Both of them I love the richness of their voices and they have ranges that are just absolutely incredible.

Terrance - Who are some artists today you thoroughly enjoy? 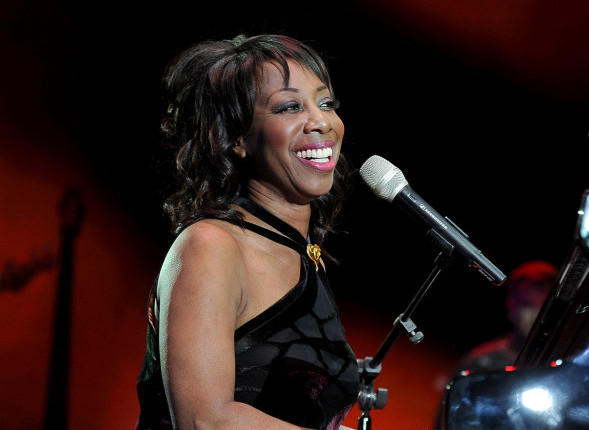 Oleta Adams - Oh wow there are a lot em but I’ll tell you one and that is Gregory Porter, he is a young man who is a Jazz singer but he also sings R&B and he’s just… the depths of the music he sings and the richness of his voice is absolutely fantastic. He sings from a cultural place. You know It’s one thing when you try to superimpose a certain kind of music you would like to learn to sing and Gregory Porter sings from a soulful place that’s beautiful and lovely.

Terrance - Getting back to Third Set, what is it you would like listeners to take from their experience with this album?

Oleta Adams - Well, basically i’m hoping they would listen to each song and let it speak to them in their own way. The songs that are the most successful are the ones they feel they discover. It’s different because when I was coming up we had vinyl records and on the back it used to tell stories about how the record was created, who was featured on it and little anecdotes of what happened and we would sit there and look at that cover front to back while the music was playing and then at some point you became attached to one of those songs, for some people it was the whole album but it was that one particular song that spoke to people because of something they were going through and that’s what i’m hoping will happen with this one. They’re all different, there’s no one theme except they are songs we’ve performed in part of the shows. I’m hoping that they first of all hear the magic that was in that studio and it translate and transfer right into their hearts.
Posted by Terrance at February 10, 2017