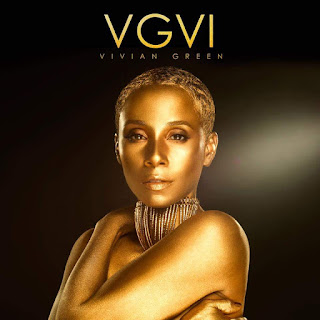 Terrance: As an artist where do you draw inspiration?

Vivian Green: I get my inspiration from classic music honestly. I’m always listening to 70’s music with a hint of 80’s. That was a magical time in music that’ll never be repeated.

Terrance: This year marks the 15th anniversary of your debut album A Love Story which features your breakout hit “Emotional Rollercoaster”, what do you remember most about those sessions?

Vivian Green: Is it? I honestly didn’t realize that. So crazy. It honestly wasn’t a great time in my life.

Terrance: But it should’ve been because that was your moment right?

Vivian Green: It should’ve been but it just wasn’t. I don’t even have that album… but I’m super grateful I’ve been around 15 years.

Terrance: Bring me to date with your new single “I Don’t Know” and the feedback it’s been receiving so far?

Vivian Green: The feedback has been great! People are saying it’s a first listen record. It was #1 most added the week we went to radio.

Terrance: Incredible. And can you share any details about your new album VGVI?
Vivian Green: The album is finished and I’m excited about it’s release on October 6th.

Terrance: Are there any guest features?

Vivian Green: Musiq Soulchild is on the project and he did a great job of course.

Terrance: When you look over your past five albums are there any album cuts you wished were pushed as singles? Vivian Green: Yes for sure. I won’t bore you and name every album (laughs). Instead I’ll name the two albums where the singles didn’t perform well. From my Beautiful album, “Too Intense” was a pretty cool record that could’ve worked, also “So Far Gone”.

Terrance: I love those and they are fan favorites.

Vivian Green: Thank you! “Beautiful” just didn’t work at all as a single (laughs). From my The Green Room album, “When Can I See You Again” or “Supposed to be Mine” should’ve been the singles.

Terrance: Talk about your upcoming tour or any special appearances.

Vivian Green: Yes I’m always performing and leading up to an album always gets busy. You can get updates at www.viviangreenmusic.com

Terrance: It was nice catching up with you Vivian Green and we look forward to what's in store.


Vivian Green: Thank you and thank you for the interview!