An Interview with Chanté Moore 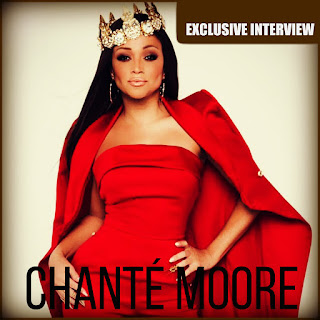 Grammy-nominated R&B singer, songwriter and author Chanté Moore known for hits such as “Chanté’s Got a Man”, “Love’s Taken Over”, “It’s Alright” and “Old School Lovin”, returns with her seventh studio album ‘The Rise of the Phoenix’ which features the Billboard hit single “Real One” and “Something to Remember”. Chanté also share details about her first ever upcoming Holiday album, Christmas Back to You and reminisce on creating her masterpiece debut album ‘Precious’ 25 years ago...

Terrance: Your new album The Rise of the Phoenix opens with “Welcome to the Journey”. So far what has the journey been like for Chanté Moore? Chanté Moore: It’s been a rollercoaster ride and I think life is like that where it’s exciting, rough, boring, painful, renewing and there are ups and downs we all have to deal with and that’s really what the mythology of what the phoenix is, is becoming reborn with all the things happened around it, the good, the bad, the ugly, whatever it is. It takes that in flames and it’s reborn in it and it’s better and more beautiful than ever and I feel that is the phase I’m going through, just learning, growing, stretching and soaring.

Terrance: One thing I noticed about the album is there are no guest features. Was that intentionally done?

Chanté Moore: No, we were just so busy working, writing and singing so much. We thought about people but by the time we got to it we thought, okay that didn’t happen, so okay!

Terrance: Talk about the creation of the lead single, “Real One”. 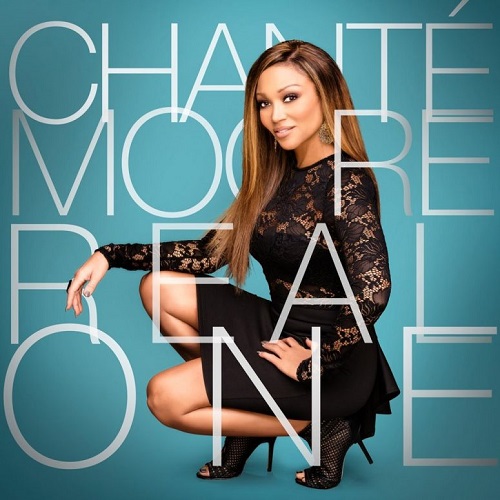 Chanté Moore: Well, Lil Ronnie who is @beats4thestars, if you’re an instagram/twitter person. He is a producer that’s been around for a long time, well respected and really good at what he does. We got together and wrote with Felly The Voice and started writing about love and life and relationships and “Real One” definitely connected to my life and we had a good time making that and “Something to Remember”. The whole album is just very personal to me but very new and very fresh.

Terrance: Awesome. If there’s one song on the album that fits your current state of mind what would it be?

Chanté Moore: It would be the interlude, “Welcome to the Journey”, because it is a whole journey. The CD isn’t just one song it really is an entire project, and I thought in a way to look at my life right now so I would say, “Welcome to the Journey” and take the journey with me. There’s uptempos, there’s dancing, there’s love music that you can make love to, there’s songs you will be encouraged by, there’s songs you can just be into loving you know? And I think that’s what people want. They want to dance, they want to sing, they want to make love to and just get out there to the fact that music is being played and hopefully they get that so take the whole journey from 1 to 17 (laughs).

Terrance: Do you feel music has gotten better or worse in the way that it’s consumed by the public?

Chanté Moore: Well, I think it depends on what they are listening to. Some music has gotten stronger while some music hasn’t evolved. I think though that each person have a choice. Nobody is forcing anybody to listen to anything so it’s the choices that we make that changes our lives and our moods. I just think we have to be more conscious about what we listen to so make the choice and be more proactive and not reactive and so if you want to hear something, look for it, pick it and request it on your radio station if it’s not getting played. I just think that is what it’s about being proactive and we have so many outlets, so there’s no excuse not to be excited musically because there are a lot of artists out there.

Terrance: What inspired your first ever upcoming Holiday album, Christmas Back to You. 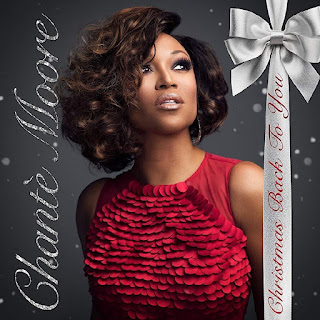 Chanté Moore: It kinda just happened. The chemistry musically between me, Lil Ronnie and other writers on The Rise of the Phoenix, we were just having so much fun and we knew we had done 30 songs, and by the end of it we were like, you know what? One day we’re gonna do a Christmas album and Ronnie was like, let’s do it right now and so we seized the moment and did it. We created something that we’re extremely proud of and there are 4 remakes and 7 originals and I think it’s one of the best albums I’ve made period so get it and make sure you enjoy it with your family because I’m going to (laughs).

Terrance: Who are some artists we’d be surprised to find in your playlist?

Chanté Moore: Steely Dan, Chris Brown, Incubus, Rihanna, A$AP Rocky and I don’t think you’d be surprised to find Prince there but Prince (laughs). I just love listening to different people at different times. When I’m in one mood I listen to certain music and when I’m in another I listen to all Gospel like Fred Hammond and Mary Mary and when I’m in a jazz mood it’s Michael Franks so it just depends on the mood I’m in and I let the music lead me and sometimes I put the whole selection on random.

Terrance: This year marks the 25th anniversary of your debut album Precious. What do you remember most about those recording sessions? 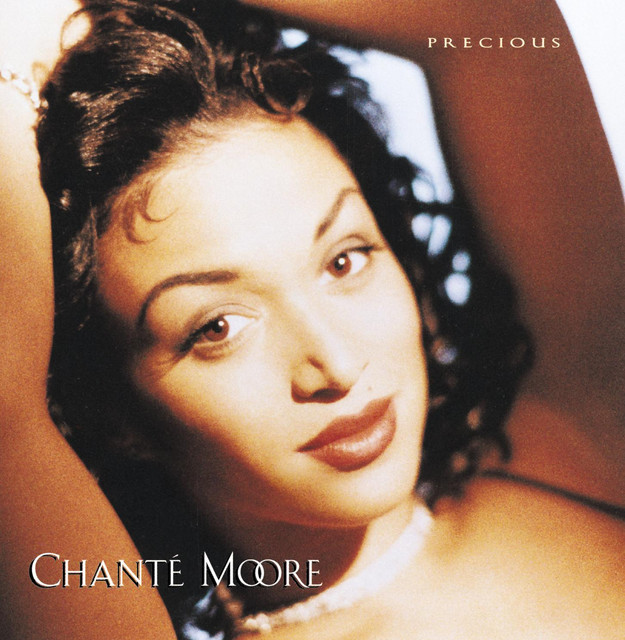 Chanté Moore: It was all brand new and I didn’t know what I was doing. Without the late George Duke I would have been really afraid and I loved how comfortable he made me and what a difference in my recording process having worked with him first and what’s funny is The Rise of the Phoenix is being released the exact day of the Precious album. It’s a pretty amazing thing and I didn’t know until last week (laughs) so this is a pretty special record that I’m happy about.

Terrance: Cool. What do you hope listeners take away from their experience with The Rise of the Phoenix?

Chanté Moore: Oh gosh! That they get a giant piece of my heart because that’s what it’s about to me. Making sure they feel where I am and feel what I sing and understand the lyrics enough to relate, you know? It’s a beautiful album and I hope that they dive in head first and that it touches their hearts. That’s most important.

Terrance: Many have always wondered what’s your beauty regimen for staying youthful in a sometimes exhausting industry such as yours.

Chanté Moore: Well, sleep is the first thing. Make sure you get enough rest as possible because it takes a lot to get your work included in your body so I physically have to get a lot of sleep and I try to get as much as I can. Beauty-wise, I make sure I wash my face every night even if I don’t wear makeup and I steam it and moisturize and drink some water and just treat myself well, you know? Go to the spa as often as possible and making sure that you are physically taking care of the vessel that you have because it’s the last one you got. This is it and you can’t pollute it with too many things or it will give out on you so just take care of yourself.

Terrance: Anything additional you would like to leave with the readers?

Chanté Moore: Just thank you! I’m always so grateful to do what I love to do for a living still. Stay hopeful and don’t give up. That’s the whole theme of The Rise of the Phoenix, the resilience and the rebirth so take this journey with me. 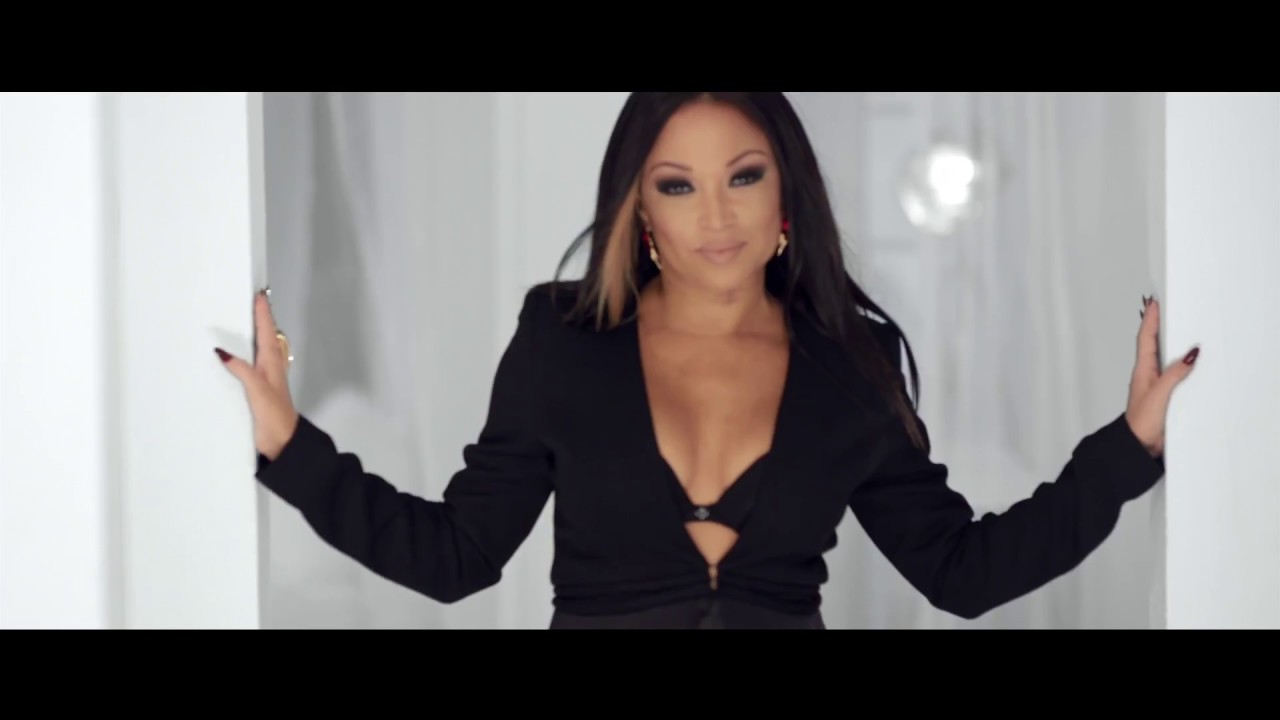 "Something to Remember" (Video)
Posted by Terrance at September 26, 2017

Email ThisBlogThis!Share to TwitterShare to FacebookShare to Pinterest
Labels: Chante Moore, Music, R&B, Real One, Soul, The Rise of the Phoenix