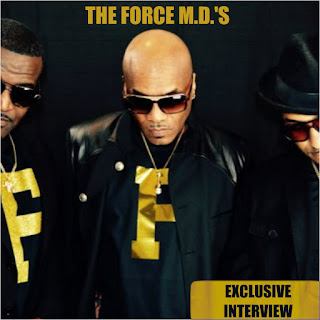 Terrance: Talk about your latest all covers album Our Favorite Joints and what inspired it. 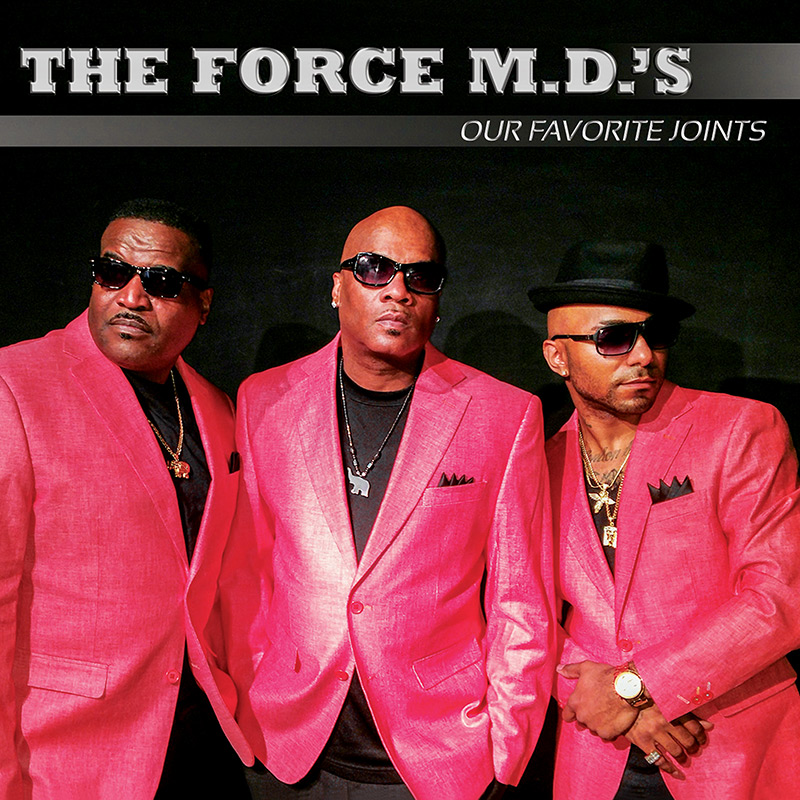 Stevie D: The record company asked us. They said would we be interested in doing an album of remakes and we said, why not? It’s definitely a lot of artists we look up to and admire, so why not give tributes to some of those artists that gave good music to people and we went and did it man and it was very good doing it and we’re really happy with the response we’re getting from it. Ralph Tresvant calls us and says, Hey man I really like the remake y’all did of “Can You Stand the Rain”. That’s a great compliment and it feels good man.

Terrance: And speaking of good music, reflecting back to your own breakout hit “Tender Love”. Talk about the creation of that song.

Stevie D: Oh my God. Well, we [Force M.D.’s], were supposed to be in the movie Krush Groove, but they used New Edition at the last minute because New Edition were the more popular group and we understood that, but they did say to us we can get you guys on the soundtrack if it’s okay with y’all? We said, Hey we can’t lose we wanted to be involved with the movie somehow and they did get us on the soundtrack and “Tender Love” was the song. They did pass it on to a couple other artists who turned it down, so what we did was record the song and it only took maybe two hours to record it with Jimmy Jam and Terry Lewis. One of the members in the group was like, Hey man that song need drums we need some kind of drums in it and Jam and Lewis were like, we don’t need drums man it’s going to be a hit without drums and they were going back and forth and they were like, I guarantee it’s going to be a smash hit without drums, and boy they were right on the money! They called it and it was a huge hit. It was one of the fastest recording songs out of all our songs.

Terrance: Where were you guys you first heard it on the radio and your reaction to it?

Stevie D: We were like, Wow! We were on tour and that song just dominated the tour and we were so shocked that the response was so huge for that song. We’d hear it in supermarkets, elevators so it was a blessing and that song also opened the doors for Jimmy Jam & Terry Lewis as one of the first Pop hits and then they worked with Janet on “What Have You Done for Me Lately” and so forth.

Terrance: Since your whole inception into music how has the business of music changed or evolved?

Stevie D: Well, technology is definitely one of them. It gets your music out there so much more faster now and the internet and all the outlets right now is definitely making things happen quicker for artists. It wasn’t like that back in the 80’s when we came out, but we’re getting hip to the whole ride of it and trying to get our music out there just the same, you know? It’s dominated by a younger generation now and the lyrical content is more aggressive than it was back then, so it’s definitely something you got to get adjusted to, but we still try to be ourselves and do what we do. We’re 50 years old, we don’t try to act like we’re 18 or 20 years old. We’re just putting grown and sexy music out there for the people to hear and still enjoy.

Terrance: What motivates you guys to keep The Force M.D.’s legacy going? Stevie D: What motivates us man is the tragedies we had in the group. We know that the group members we lost would want us to keep going and not stop because of what happened. We want them to look down and make them proud and plus there’s a lot of fans out there that really like our music and don’t want us to stop, so we’re just going to go with our guts and keep it going man and as long as we’re capable of still making good music, why not? If it’s something you love doing so much in your life keep it going.

Terrance: Awesome. So you mentioned the tragedies and after witnessing it all unravel, what has been the biggest lesson learned?

Stevie D: Everyday is not promised to you. That’s a big lesson. Dealing with the tragedies and deaths in the group really, really touched us so much that it gets hard to get up on stage and sing but we feel in our hearts that they are still on the stage with us spiritually for some reason. We still carry the same energy and our vocal ability to pull it off and still sound the same and that’s a blessing that God gave us and we’re mostly a family-orientated group so we still sound the same and like I said we’re making them proud and ourselves proud to still be able to carry on the legacy.

Terrance: A few years ago you authored a book called Necessary Force. What prompt you to write it?

Stevie D: Well, I’m a good storyteller man let’s just keep it real. When I tell stories people are so engaged by my storytelling ability (laughs) and I always got, man you should write a book Stevie, like I was right there while you were speaking at me. A friend of mine says, hey I know a guy who writes books and he gave me the chance and I wrote a book and it’s still available now and people enjoyed it and said they couldn’t put it down, so that made me feel good and to have another talent somewhere writing books so it’s a blessing. And they say they get The Force M.D.’s even more after reading it.

Terrance: Can we expect a documentary or biopic in the near future?

Terrance: Talk about the upcoming shows or events you guys are scheduled for.

Stevie D: Well, we just off the Back to the 80’s tour. We still have a lot of spot dates like Columbia, Augusta, Virginia and throughout this year. We’re going to be on the Tom Joyner Cruise next year again, this will be our fourth appearance on there. We’re great friends and he got a lot of love for us and we’re always happy to be involved in that and we’re going to do another tour and I’m really excited man.


Stevie D: Of course we have a new single out called, “Don’t Rush” that we’re happy about and the people seem to love. It’s a great comeback song for starters for what’s to come next.

WWW.THEFORCEMDS.COM
Posted by Terrance at September 24, 2017