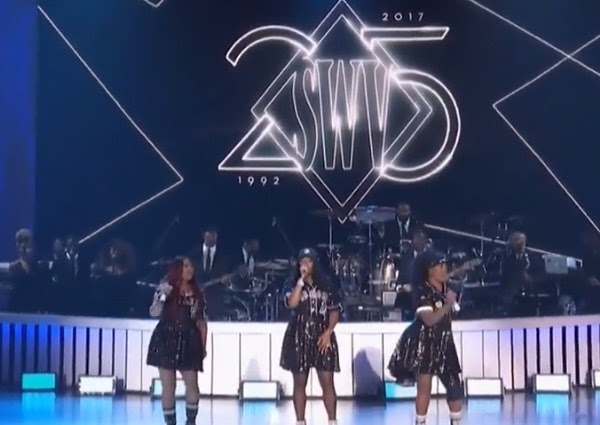 The 2017 Soul Train Awards which aired on BET last night were most assuredly a stone gas honey! With the commandeering soul-try one, Erykah Badu back as the host for the 3rd straight year there was no denying that the state of R&B music is on FIRE! Straight out the box to get set the party off was none other than Sisters With Voices (SWV) getting the stage LIT as they celebrated the 25th anniversary of SWV becoming a group. The Lady of Soul recipients bounced through a medley of classic hits that had the crowd immediately on their feet. Performing “I’m So Into You,” “Right Here,” and a gag worthy rendering of “Weak At The Knees.” The coup de grace that killed the amazing performance was when Method Man and U-God joined the ladies onstage to perform fan favorite “Anything” the WuTang remix which was originally performed with Ol' Dirty Bastard (RIP).