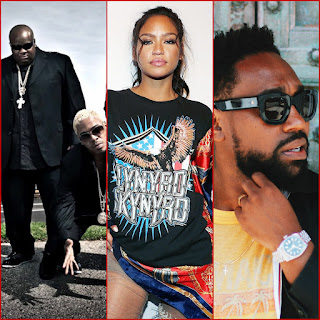 DRU HILL: R&B group Dru Hill has dropped their latest video “Favorite Time of the Year” which serves as the lead single from their first ever Holiday album Christmas In Baltimore released last month.

Earlier this year PJ Morton released his fourth solo album Gumbo which features the original version of “Religion” as well as “First Began”, “Claustrophobic” and “Go Thru Your Phone”. I also caught up with PJ Morton for an interview to discuss the Gumbo album.
HERE
Posted by Terrance at December 22, 2017