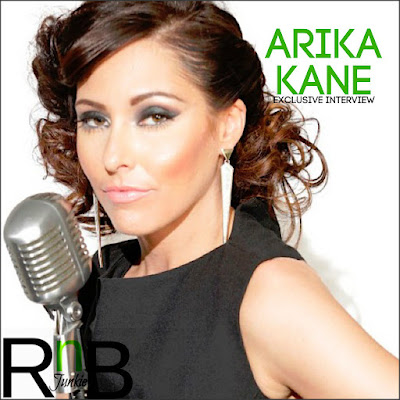 BSE Recording artist Arika Kane is a breath of fresh air with her soulful vocal delivery and substance to music. Known to many as the VH1 Songstress having her songs placed on various shows such as “Love & Hip Hop”, “Basketball Wives” and “Single Ladies” and scoring the major theme song on “Hollywood Exes” and “Atlanta Exes” with her song ‘Make It’. I caught up with Arika Kane to discuss her latest single ‘Love Makes A Woman’ which is a remake of the 1960’s Barbara Acklin classic, her earliest musical beginnings and much more!


Terrance: First, congratulations on the release of your new single “Love Makes A Woman”. How are you feeling right now?

Arika Kane: Thank you. I’m feeling wonderful. It feels great to have some great success off of this project along with the video and the song. I’m just really excited about spreading this feel good music and message out there. It feels really good.

Terrance: Talk about your earliest musical beginning and when you realized music was your calling.

Arika Kane: Well, as a young girl about 10 years old is when I really started to sing and really understand that I did have a gift. I was around music my whole life with my family because they are musicians and also singers so they were in groups and bands and they played every genre of music, so I was exposed to a lot of different aspects of music and it was just what I wanted to do. It became a passion. I didn’t want a career in something I wasn’t passionate about. It just didn’t feel right. So I pursued it and I worked multiple jobs in order to be independent as far as paying for studio time and I signed to BSE Recordings in 2008 and I started to record professionally.

Terrance: Outside of family who were some other influencers along the way?

Terrance: For the first time listener how would you describe your sound?

Arika Kane: I always describe my sound as universal with the element of soul because I feel that soul is in any genre and any person. I don’t think there should be any sort of limit on that. If you can feel the song in my opinion it’s soulful, so that’s very important in putting that into all the music and all the songs that I do to keep that element there.

Terrance: Your song “Make It” has been the featured theme song for various major TV series such as Hollywood Exes and Atlanta Exes. How did those opportunities come about?

Arika Kane: Well, it was on my very first album and basically VH1 reached out to my label and said that my song “Make It” fit perfectly for the idea of the show which was Hollywood Exes and the spin-off show which was Atlanta Exes, so they used it for both which was amazing because it was almost like branding the show but at the same time branding my song. The show is about women being empowered, following their careers and putting a light on them, so it really aligned with the message in the show, so every since then it’s been exciting as far as the fanbase that I attract. It kind of started my career off on the right track.

Terrance: Getting into your remake of the Barbara Acklin 1960’s classic “Love Makes A Woman”. What is it about that song in particular that gave the idea to record it?

Arika Kane: The feeling, the vibe, the soul, the lyrics of the record and the positive message that it puts out about women was my specific reason because I feel it’s a good time to bring that out to the world along with good and soulful music and so it just felt right to remake it and hopefully capture the essence along with bringing something new to it as well.

Arika Kane: It was tons of fun. It was my most favorite project I’ve done so far in my career. I was very much involved in it from the beginning. The writing of the script to the production of the video and it was very important to tell the story of the song throughout the video, but still keep the musical elements. I wanted to make sure there was an actual band playing and musicians and choreography but I still wanted to tell the story of the lyrics in the song and it definitely came across and I’m very proud of it. It was awesome.

Terrance: Is there an album in the works? If so, what can the fans expect?

Arika Kane: Yes, I’m in the process of writing for my next album which I plan putting out in the late Summer so I’m excited about that. I can’t say what it’s going to be because it’s still in the development stages and things happen spontaneously for creative people (laughs), so I’m kind of just going with the flow of how it’s going to come out. In the meantime, I’m touring nationally to promote this record and video.

Terrance: What’s the message you want your fans to take away from the music?

Arika Kane: I always want them to feel uplifted, empowered and encouraged and what it is they want to succeed in and what they want to do and just the positivity that they need because I feel we need that more in the world and even in the entertainment industry and in the music. We just need so much love and making people feel good and leaving them with a good vibe because if you watch the news and then watch my video “Love Makes A Woman”, you’re going to walk away with two different mindsets, so that’s what I wanted to do.

Terrance: In closing, what is it you would like to leave with the readers?

Arika Kane: I just want to thank everybody for supporting me and supporting my message in my music and just supporting me for who I am because all my fans are true and loyal and they understand the message I’m trying to get across as an artist. I’m just thankful for the support whether it’s streaming or downloading my music or just following me and engaging on social media. It’s all love and thank you for the interview.