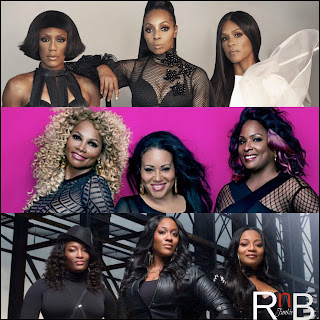 On April 18, 2018, BET announced upcoming programming for their 2018-2019 fiscal year.  BET  vowed to raise the bar for the coming years by adding 21% of original content, which one show, in particular, is a docu-series 'Ladies Night' featuring music veterans En Vogue, Salt-N-Pepa, Spinderella, and SWV.

According to BET, the docu-series will consist of 10-episodes following the iconic girl groups as they embark on a national tour.

"The 10-episode docuseries follows the personal and professional drama of the iconic 1990s girl groups En Vogue, Salt-n-Pepa, Spinderella and SWV as they embark on a national tour. With a run of shows across the U.S., these iconic artists must create, choreograph and execute a night featuring all of their famous hits. With major money on the line, the OGs will need to put their pride to the side in order to launch something truly memorable. Produced by Entertainment One’s Tara Long; Mark Herwick and Madison Merritt serve as executive producers."