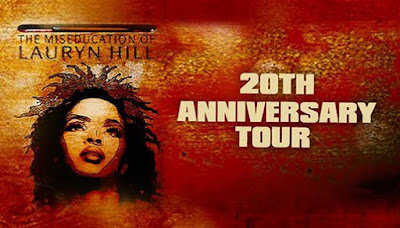 The Miseducation of Lauryn Hill has sold over 17 million copies worldwide, garnered 10 Grammy nominations with Hill winning 5, making her the first female to receive that amount of awards and nominations in a single night.

A portion of ticket sales will go to the MLH Foundation, "which directly contributes support for education, health, agriculture, technology, and community-based business development initiatives throughout the Diaspora." The tour kicks off June 5th, in Virginia Beach. 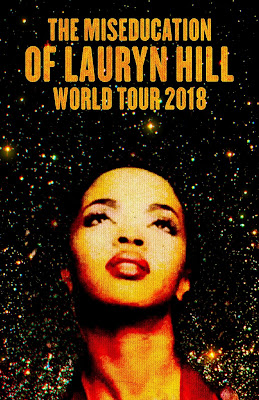 Email ThisBlogThis!Share to TwitterShare to FacebookShare to Pinterest
Labels: 20th Anniversary, Everything Is Everything, Ex-Factor, Grammys, Lauryn Hill, MLH, MLH Foundation, The Fugees, The Miseducation of Lauryn Hill, Tour