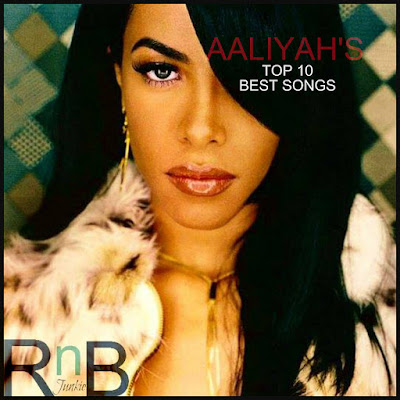 ﻿
In Aaliyah’s short 7 year career, she accomplished more than most could imagine from three multi-platinum albums, Grammy nominations to starring lead role in Blockbuster films. August 25th marks 18 years since her untimely passing. @RnBJunkieOfficial felt it was only right to look back at her best songs and impact they’ve made spanning her albums and featured soundtrack appearances in our latest edition of Top ten Best Songs. We’ve also included Honorable mentioned cuts.

10 COME OVER
From the Album: I Care 4 U
A standout Johnta Austin cut that didn’t make Aaliyah’s third album and later used on her posthumous album. It became a top 10 R&B hit. Sidenote: R&B duo Changing Faces recorded a version for their third album Visit Me.

09 HOT LIKE FIRE (TIMBALAND’S GROOVE MIX)
From the Album: One In A Million
Often praised as the standout version over the original album version.
08 AT YOUR BEST (YOU ARE LOVE)
From the Album: Age Ain’t Nothing But a Number
At the tender age of 15, Aaliyah skillfully showcased her angelic and melodic voice on her cover of this Isley Brother’s classic. Reintroduced to both the old and new, Aaliyah made it a classic again in her own right.

07 MORE THAN A WOMAN
From the Album: Aaliyah
This Timbaland produced and Grammy-nominated song represented just what Aaliyah was. Released as the second single from Aaliyah’s final album it became a top 10 R&B hit.
06 IF YOUR GIRL ONLY KNEW
From the Album: One In A Million
Released as the lead single from Aaliyah’s sophomore album and the song that really put Timbaland & Missy on the map. The song became Aaliyah’s second No. 1 R&B hit up to that point.
05 MISS YOU
From the Album: I Care 4 U
Written by a young Johnta Austin for Aaliyah’s third album but after not making the cut, it was later issued on her posthumous album as the lead single and became her fourth and last No. 1 R&B hit.
04 TRY AGAIN
From the Album: Romeo Must Die Original Motion Picture Soundtrack
Aaliyah scored her second Grammy nomination with this song. It became her first and only single to top Billboard’s Hot 100’s chart.

03 ONE IN A MILLION
From the Album: One In A Million
Chosen as the second single in the US from Aaliyah’s sophomore album. While it missed both the Hot 100 and R&B charts, this Timbaland & Missy Elliott penned song would go on to become one of her most innovative and identifiable songs amongst critics and fans alike.
02 ROCK THE BOAT
From the Album: Aaliyah
Written by Static Major, this song is a bittersweet moment to music fans as Aaliyah was killed on impact shortly after the filming of the music video. The song went on to peak at No. 2 on the R&B chart and secured her a Grammy-nomination.
01 ARE YOU THAT SOMEBODY? (FEATURING TIMBALAND)
From the Album: Dr. Dolittle Original Motion Picture Soundtrack
Paired with producer/rapper Timbaland and the late Static Major, this song earned Aaliyah her first Grammy nomination of her career and became her third No. 1 R&B single.

HONORABLE MENTION:
“I Don’t Wanna”
“I Care 4 U”
“4 Page Letter”
“Back & Forth”
“At Your Best (Stepper’s Ball Mix)”
“The One I Gave My Heart To”
HONORABLE MENTION ALBUM CUTS:
“Choosey Lover (Old School/New School)”
“Street Thing”
“I Refuse”
“Loose Rap” featuring Static Major
“Erica Kane”
﻿
Posted by Terrance at August 25, 2018