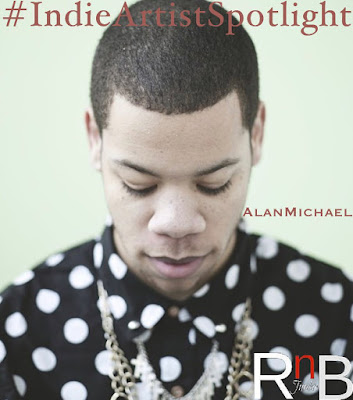 As recently announced, ‘RnB Junkie Official’ has added a new feature to our site to help independent artist gain more exposure #IndieArtistSpotlight. Our first #IndieArtistSpotlight feature goes to no other than AlanMichael. If you’re familiar with the D.C. music scene you might be familiar with this indie artist, being that he was called on stage by the “Vocal Bible” Brandy Norwood herself in concert to sing. While in route to New York City to take care of some studio business, emerging artist AlanMichael had a chance to chat with 'RnB Junkie Official.’ We discussed his unique sound, influences, his single, music video to ‘Pull Up,” and more. Check out our interview with our #IndieArtistSpotlight AlanMichael below.

Where are you from?

AlanMichael: I am from Arlington, Virginia born and raised from Middletown which is like fifth-teen minutes outside of D.C.

AlanMichael: It’s like a big gumbo pot of many different things. It’s rooted in R&B because that’s what I grew up on, but I throw in elements of Pop and alternatives something like Electronics in there, a hint of Rock sometimes depending on how I’m feeling that day. It’s a big mixture of everything. I don’t have quite a staple in a certain genre. I’m kind of like a chameleon when it comes to genres. I can go anywhere and make it sound good, so I like to call myself a chameleon.

Who are some artists that have helped shape the way you listen to music, as well as your approach to creating music?

AlanMichael: It started off with Michael Jackson. When I was three years old, I would wake up and go into the living room and put on one of his concerts and perform like I was on stage with him. Just seeing how he approached structuring songs to creating visuals that was it to me! From there I was introduced to Janet and that was like when I really took on the whole dancing aspect. Then, when I think I was around seven or eight, my mom was driving me to summer camp and she had her red Nissan. The sunroof was back and she was blasting Brandy’s ’Top Of The World,’ and from then on my whole way of approaching singing, layering vocals, and just vocals styles in general changed. Brandy to me is the ultimate vocalist for anybody! It’s like she was the original superstar, you know what I mean? She had the tv shows, the platinum albums, the movies, the dolls, the endorsements, so I saw that at a young age and I was like I want to do that. So, Michael, Janet, and Brandy for me are the top three.

I recently saw the visual to your single ‘Pull Up.’ Can you explain the inspiration behind the song, and how you came up with the creative concept of the video? 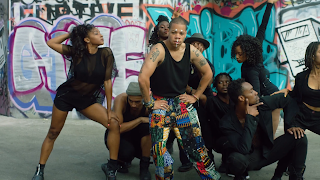 AlanMichael: The song was written as a way of me kind of sort of letting people know that you’re not going to sleep on me for too long. I’m letting them know that I am ready to show what I can do and what I have to offer. I don’t need anybody’s approval, anybody's co-signing, or anything. It was like it’s me I’m here! So, with the video, I wanted to approach it where it was being told through dance. You know, like that frustration of feeling like people don’t view you as an asset, so you’re like let me show you what I can do. We wanted to take that and put it in the movement. We also wanted to sprinkle in some bits of traditional African moves, which is we did with that to stay true to the intro of the song. We collaborated and came up with the routine in like a day and learned it that same day, shot the video the next day, and then there we go.

I love how the video stayed true to the African essence of the beat. Everything thing was on point from wardrobe to the dancing, you guys did a really good job. 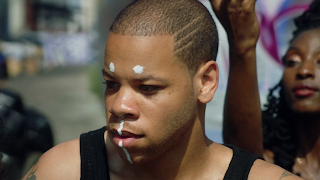 AlanMichael: Thank you! Let me tell you something. That wardrobe was last minute. I found those pants at a thrift store. I was like yup, we’re going to wear this. The paint on my face, we weren’t able to find face paint. So, I ran to CVS to grab whiteout and put it on my face. I was like listen because this going to have to happen. It took me like thirty minutes to scrub it off, but we did it and it looked good.

How much of your material do you actually write?

AlanMichael: Everything that I sing I write. I write every lyric, every vocal harmony as in the way it's arranged I do all of that. I usually link up with different producers that I may find online or that might hit me up and we collaborate on what we want the song to sound like and then they’ll send me the track. I’ll write it, record it, and send it back to them and that’s it.

You’ve released two EP’s ‘Honeymoon Motel’ and ‘Entrancing.’ What were the highlights of creating each project?

AlanMichael: Oh my gosh! ‘Honeymoon Motel’ the first song I recorded for that was ‘Paradise,’ and I did that song in my girlfriend’s closet in our old apartment. I remember recording that one and just listening back to it and crying because that was the first time I ever did something like that to that level. That kind of sparked off the whole beginning of that project, so that was the most memorable moment of that for me. The latest EP, I think actually finishing it and listening to the whole thing back and hearing what I was able to create because I told myself when I did it, I’m going to do it bigger than the last one, and I’m going to do a whole visual thing with it. I have two videos left to film, but being able to achieve that goal so far is just the ultimate for me.

AlanMichael: Just to know that I really love this. Music is something that I grew up on. My mom was in a band. My dad was in a band. So, being able to share that with people and for them to walk away and take something from it whether it’s them realizing that they have something that they’re passionate about and want to go after, or whether it’s a song that just sparks a memory in their mind or sparks a feeling. Just to know that they walk away with something from it is what I would want them to take.

Where can music lovers find your music?


How can our followers find you on social media?

Thank you for this interview today and being our first #IndieArtistSpotlight.

AlanMichael: Aww. Yay! I appreciate it because I usually don’t get asked to do things like this. This is like big to me!
Posted by Idealistic Ambition's at August 13, 2018