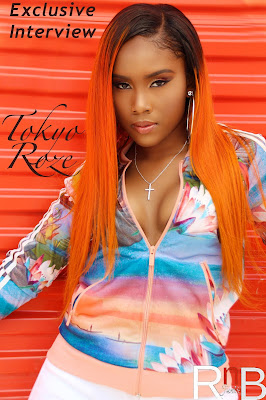 Tokyo Roze is an emerging R&B artist hailing from the windy city of Chicago. She's known for fusing old school and modern R&B to create her unique sound. Not only is Tokyo Roze a singer, but she's also a dancer and actress. RnB Junkie had the opportunity of interviewing Tokyo Roze and discussed her start in the music industry, her sound, inspirations, debut single "I Like It," plus more. Check out our interview with Tokyo Roze below!

Can you share a little about your background and how you got started in the music industry?

Tokyo Roze: I am from Chicago, Illinois. I actually come from a musically inclined family. Everybody in my family either sings, dance, or produces music, so my singing just came naturally. My mom told me that I was humming songs before I could even talk. Singing has always been a part of my life, and I realized that I wanted to do it at an early age, and I just been doing it ever since.

Tokyo Roze: I think my sound is modern-day R&B, but like me, I’m an old soul, so adding in that old school flavor with a modern feel.

You’re a Chicago native and “The Chi” is known for their Bluesy, Jazz, and Gospel-infused sound. Can you share with us some of your inspirations from Chicago that helped influence your music?

Tokyo Roze: I mean I listen to a lot of people from Chicago. As far as getting a message out, I would have to say someone like Common and Kanye West. He had a lot of inspirational music when he first came out. As far as singers from Chicago, I don’t know; it’s Sam Cooke definitely! He had some dope music.

How has it been transitioning from a group to a solo artist?

Tokyo Roze: It was hard because you’re used to people being there with you and like doing everything. Like when you workout you having somebody by your side, and now it’s like you have to do everything on your own. It’s a tough transition, but if you want to do it, it’ll work out all in the end.

You do an excellent job at reinventing yourself such as with your name and hair colors. Can you tell us what that creative process is like for you?

Tokyo Roze: The creative process is just expressing yourself because me I am the type of person that expresses myself through my music and my hair. I like to try different colors. Like right now, I have orange hair. I think this color really fits me. Yeah, it’s just a way of me expressing myself.

Not only do you sing, but you also dance and act. How do you balance nurturing all of your gifts?

Over the past two years, we’ve witnessed a shift in the music industry. R&B is starting to re-emerge to the forefront with younger new artists, what will you contribute to the genre?

Tokyo Roze: I will contribute [by being a representation of] when you want to follow your dreams you just do so, and whatever struggles that you have just work through those struggles and continue to do what you love. You know, and don’t try to change up your style to fit today’s genre of music or today’s modernness of music. Be yourself, and along [the way] whatever comes with it [just] comes, but at the end of the day you’re being yourself and expressing yourself.

Who are some artists and producers you would love to work with?

You recently released your first official buzz single “I Like It.” Can you talk to us about the song and how it came about? 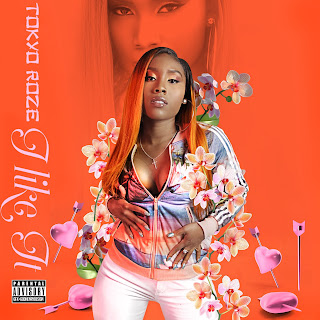 How can our followers reach you on social media?

We really appreciate the time that you allowed us to have for this interview and we’ll be on the lookout for your new material.

Tokyo Roze: Oh, thank you so much!

Tokyo Roze debut single "I Like It" is available on all digital platforms and can be purchased here!
Posted by Idealistic Ambition's at August 01, 2018