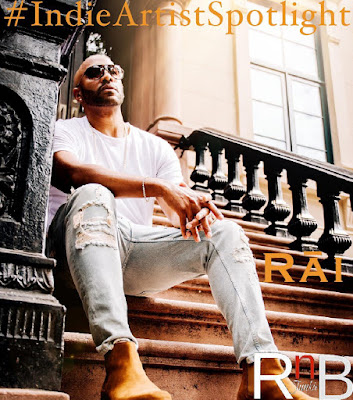 Our next #IndieArtistSpotlight hails from South Carolina by way of  New York City and goes by the name RĀI. RĀI (pronounced Ray), is the breath of fresh air that R&B has been waiting for. Known for bridging elements of traditional R&B with contemporary R&B, RĀI produces smooth, clean, and mesmerizing vocals. 'RnB Junkie Official' had the opportunity to interview this talented, independent artist. RĀI shared details about his musical background, influences, debut album "Love's On The Way," and more. Check out our interview with our #IndieArtistSpotlight RĀI below.


Can you tell us a little about your background and where you’re from?
RĀI: Sure, I am actually from South Carolina. As far as my background musically, I studied music in school and grew up listening to all types of music, but my passion and love is R&B music. I started writing songs years ago and just over the course of the past of two years really committed myself to create what I think is good R&B and Soul music. 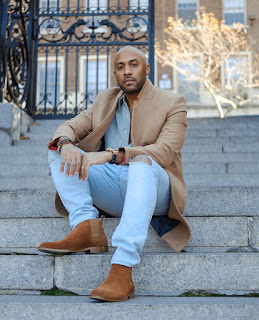 Rāi: My sound has a lot of feels of traditional R&B with a lot of elements of today’s contemporary R&B. It’s like smooth and cool R&B. That’s probably the best that I can describe it.

You’ve credited Maxwell, Donny Hathaway, Marvin Gaye, and Luther Vandross as your musical inspirations. What was it about those artists that impacted you?

RĀI: That’s a great question. I discovered them at various times in my musical growth and my musical development. Each one of them contributed to sort of my love, passion, and the formulation of how I express music through my words and thoughts. Donny Hathaway from now and until the end of time I will be doing my best to try to replicate his vibrato. It was like perfect! Marvin Gaye was just conscious and aware. He had a sense of being able to musically evolve into a person that was able to connect his music to the struggle and what it meant to be black. He was socially conscious, but he was also smooth, and that’s what I appreciated about Marvin Gaye. Luther Vandross has a beautiful tone. The way he would approach his phrasing and the dynamics is something that I, even without thinking try to replicate. Maxwell has a beautiful falsetto, and he’s creative, artsy, and unique. I may not necessarily sound like them, but I’ve taken from all of them when I create music. I don’t even try to come across it's just what's embedded in me from listening to them for so long.

How important is it to ensure that your production, vocals, and visuals are clean and precise?
RĀI: I think it’s pretty important. I am a person of excellence, so everything I do some people are going to like it, and some people aren’t, but they will at least be able to look it at and see that I put my all into it and that it is of quality. So, I think it is very important when you are presenting yourself. The thing about being an independent artist you have the opportunity to present yourself to the world how you want to be because your independent and you can actually do that, so I think it’s very very important. 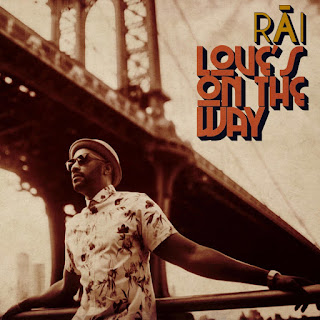 You recently released your debut album “Love’s On The Way.” What was the creating process like for you?
RĀI: It took about a year and a half to put the album together. Creatively there were collaborations with various producers, songwriters, many nights of writing, sessions, many days crafting background vocals, arranging background vocals, and writing a lot of the songs. It was a collaborative effort. I can say, a lot of long hours. Creatively I wanted to put together an album that I would be really proud of, and that would like I said before have a familiar feel to it, but because it's traditional kind of R&B, but also fresh and new to the ear.

How much of the album did you write?
RĀI: That’s a good question. I personally wrote 60-65%, where I physically sat down and sort of penned the songs. Some of the songs I have two main songwriters we work together. I would do a verse, and they would do the bridge, or I would do the second verse, and they would do some of the background vocals. So, it was a collaborative effort. Yeah, it’s about 60% I actually sat down and wrote most of the songs myself.

When I listened to ‘How To Love’ from your album I could instantly hear your Maxwell influence come into play, yet still RĀI. How important is it for an artist to be able to be inspired, yet still find their own sound in a sea of influences?
RĀI: I think it is very important because you ultimately are a product of your environment and the things that you take in. The fact that you hear the Maxwell influences is a huge honor, just for you to even say that you could actually hear his influences. You know the way my life experiences, all of those things come into to play in an artist and how they express themselves. I think it is important to find your voice, be true to yourselves, even if you get comparisons to other people. Ultimately you are wanting people to like you and like your music, and to have a long career because people gravitate towards you and like you. 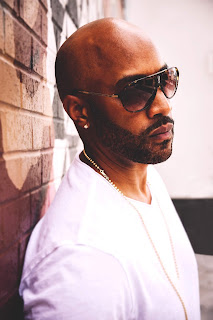 If you could give one piece of advice to fellow independent artists, what would it be?
RĀI: One piece of advice, I would say just to grind. As an independent artist, there is a grind; you have to wear many hats. You are the singer, songwriter; you have to be the main marketing person, the main person advocating for you. You have to grind. It doesn’t stop when you finish recording the album. One piece of advice I say is to invest in the art and craft of creating music, but leave a little something in the bank for the marketing on the other side because that’s also going to be important!

Where can our followers find your music and how can you be reached on social media?
RĀI: Yes, so my music is on all digital platforms iTunes, Amazon, Google Play, and Tidal. My social media is @RaiMusicWorld, and Rai is spelled R-a-i, so @RaiMusicWorld on Instagram and my Twitter. My Facebook is @therealraimusic. I actually have a website, and it’s https://www.therealrai.com/.

Thank you for such a great interview.

Email ThisBlogThis!Share to TwitterShare to FacebookShare to Pinterest
Labels: #IndieArtistSpotlight, Back To Life, Donny Hathaway, How To Love, Love's On The Way, Luther Vandross, Marvin Gaye, Maxwell, RĀI