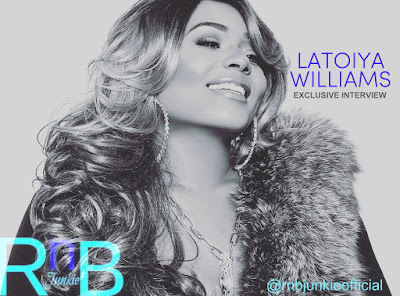 Los Angeles-based R&B songstress LaToiya Williams first rose in the spotlight as a featured artist on Snoop Dogg’s collaborative LP Doggystyle All Stars in 2002 with the single and video “Fallen Star” which generated rotation on the BET & MTV Networks. Since then she’s become R&B’s leading voice behind some of Hip Hop’s heavyweights such as Jay-Z, Snoop Dogg, Busta Rhymes, Dr. Dre, The Game, Talib Kweli, Wiz Khalifal, Anthony Hamilton to name a few. LaToiya Williams returns with her latest project Blue Rose which she describes as relaxing and about love and relationships. I caught up with LaToiya to discuss the project as well as the supporting singles “Vintage Love” and “Save Your Love for Me” and much more...

TERRANCE: Can you share with us a little about how you first got discovered and signed into the music business?

LATOIYA WILLIAMS: I first started singing Gospel music and then I went on to sing background for Gladys Knight and I ended up meeting Snoop Dogg. That’s how my name really came out when I started working with Snoop.

TERRANCE: As a woman and as an artist, how have you grown since your earliest incarnation in the industry?

LATOIYA WILLIAMS: Oh wow. I’ve grown a lot along the way on how to handle my business. With the independent industry everything is hands on, but I’ve learned a lot from writing your own music to picking your own music and pretty much everything on the business side of it.

TERRANCE: Growing up who were some of your musical influences?

LATOIYA WILLIAMS: Growing up my mom was my influence and I would say Aretha Franklin and Vanessa Bell-Armstrong.

TERRANCE: Talk about the meaning behind the title of your new album Blue Rose.


LATOIYA WILLIAMS: Well, actually I just woke up one morning and said, I’m going to bring out an album and I was going to call it Blue Roses. I was just thinking out the box, you know? Something creative. So that’s pretty much how it came about. Blue Rose to me is this guy that I’m singing to. The album Blue Rose is pretty much about a relationship and love going in and out. It’s a love thing.

TERRANCE: What can you tell us about your singles “Vintage Love” and “Save Your Love for Me”?

LATOIYA WILLIAMS: Well, the album was produced by The Avila Brothers and I don’t know if people know it or not, but they are Jimmy Jam & Terry Lewis proteges and they produced on Usher’s Confessions album and they’ve written and produced for many people in this industry. They’ve won Grammys and so they’re really dope. They produced this song for me called “Vintage Love” and it’s pretty much talking about the little things like me wanting someone to open the door for me or helping me out with a hand and stuff like that. That’s what “Vintage Love” is about. It was produced by The Avila Brothers and written by me and this guy name Franky Fade.

“Save Your Love for Me” is a cover song from Nancy Wilson and we did that song because it was my grandfather’s and grandmother’s favorite love song and so I decided to put that on my album, just to break up the little Hip Hop and R&B side of me to do some Jazz and Classical music because that’s what I love to sing.

TERRANCE: Is there a track on the album that stand out to you more than others?

LATOIYA WILLIAMS: “One Call” stands out to me, but all the songs stand out to me (laughs) and hopefully people will enjoy the album. It’s an R&B album, not much Hip Hop on it at all. This is a whole different side of me that I wanted to show people.

TERRANCE: Can we expect a tour or special appearances in the near future?

LATOIYA WILLIAMS: Yes. Hopefully you can. That’s what we’re working on right now.

TERRANCE: What do you enjoy the most about performing live?

LATOIYA WILLIAMS: Pretty much getting to know my fans and the personal touch with them and talking to them and stuff like that, that’s the most important part of the whole thing.

TERRANCE: When you’re not working or recording music, what’s your favorite thing to do?

LATOIYA WILLIAMS: Just relax at home with my mother and watch a little TV and I go to Church every Sunday.

TERRANCE: You’ve collaborated with everyone from Snoop Dogg, Jay-Z, Dr. Dre, Wiz Khalifa, The Game to Anthony Hamilton. Is there a dream collaborator?

LATOIYA WILLIAMS: I would just say go ahead and get the Blue Rose album that’s out now. I appreciate you guys for sharing and supporting me all these years and hopefully this album will keep you excited and wanting more from me in the future. 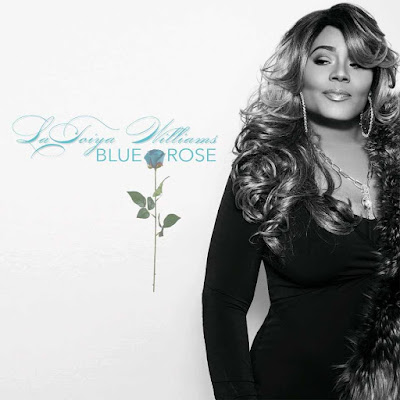