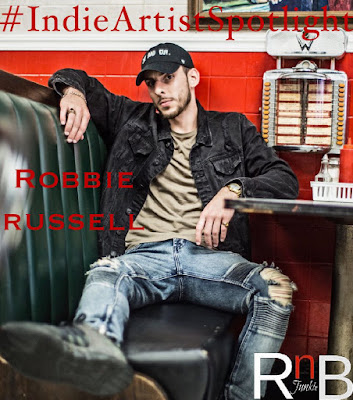 
Can you tell us a little about where you’re from and when you first started to get into music? 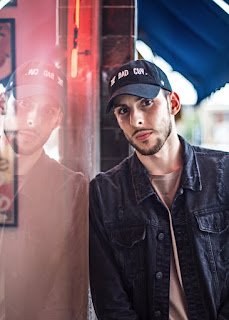 Well, I am from the 757. For those that don’t know where that is it’s Newport News, Virginia. I’ve always been into music. I always had a pair of headphones glued to my head, but I started taking it seriously around high school. That’s when I really started to write and when I actually started to perform live. That’s when it really came to life.
﻿


You‘ve previously cited Chris Brown as being one of your biggest inspirations. What is it about him that inspired you?

Just how pure his talent is. I mean he can sing, rap, dance, and act. He’s like a quadruple threat. He can really do whatever he puts his mind to. In my opinion, he consistently puts out good music. He has an incredible work ethic. As I said, he’s incredibly talented.

I'd say my sound is like dark Contemporary R&B with Hip-Hop roots.

Not to be offensive, do you find it hard being accepted as a white R&B artist?

Personally I never really tried to think about it like that. There are so many other factors that play into it. Just the fact it’s an oversaturated genre of music, but yeah, it’s a little tough. Of course, people tell me that I can sing and that I am talented at what I do, but getting that acceptance and recognition for what I do has been pretty difficult. I mean I’m not going to switch up what I do and go like an easier path. [R&B] is the style of music I enjoy doing and I am going to continue to do it.

Listening to some of your tracks from your most recent EP ‘The Bad Guy,’ the vibe and some of the lyrics were very dark. Can you explain what inspired the project? 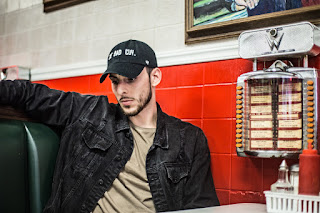 Depression! [Laughs]. No, it’s all inspired about a relationship that I recently got out of before I started writing this. I don’t want to bash it too much, but it was a toxic relationship. There were a lot of insecurities, and I fell into a really dark space after that. In that time I decided rather than taking these emotions and pushing them down inside deeper and deeper, I just decided why not write some great emotional and raw songs and let everybody else experience what I am going through to kind of vent and flush that all out.

You have some great visuals, especially for the ‘The Bad Guy’ short film and ‘Warning.’ How much are you involved in the creation of the visuals?

I am 100% involved. Every video I’ve done I created the concept for it. I've picked out the locations and everything. I basically write the shot list, come up with the concept, and then present it to my videographer. His name is Spencer Sease, and the two of us have very similar mindsets and visions. He basically helps me bring it to life. I write the scripts, and I write the storyline, I come up with everything for it. 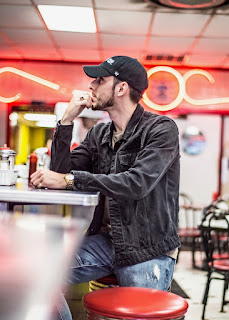 That I am only human and that I am passionate about what I do. Like I want people to listen to music and know that I put everything I have into every song I make. That every song is real because every song I write is about something that I’ve been through and experienced myself. I want people to understand that I am an ordinary human being, just like everybody else. I feel. I have my ups and downs, and music is how I express that.

What do you have coming up next?

I have actually been trying to plan everything out strategically for the releases coming up. I think I have a single or two that I am planning to release before the end of the year. Maybe a visual for one or two of them. I’ve been working on a lot of collaborations with a couple of different artists. I am not really sure when those will come out, but I am pretty sure that it’ll happen soon.

You can find my music on all streaming platforms (Apple Music, Spotify, Tidal, SoundCloud, etc.) anywhere as Robbie Russell. You can reach me on social media @ImRobbieRussell. That’s @-I-m-R-o-b-b-i-e-R-u-s-s-e-l-l.

Thank you so much for the opportunity to interview you today.

Thank you very much for putting the time aside to interview me. I really appreciate it.
Posted by Idealistic Ambition's at October 11, 2018