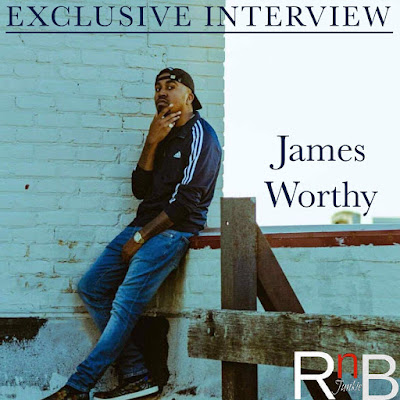 Grammy-award winning songwriter, producer, and Billboard charting artist James Worthy is one of the most influential and prominent musicians currently in music. He has worked with artists such as Men At Large, Silk, Future, 112, Fetty Wap, T-Pain, Lil Zane, 6lack, Blac Yongsta, J'honnie Blaze, Asian Doll, Justin Bieber, Bobby Brown, and Whitney Houston to name a few. Last year James Worthy and his group duo Kings X2 scored an instant hit with their single "Wine For Me," which debuted at #10 on the 'Billboard Hot Singles Chart.' After disbanding, Worthy set out to pursue a solo career with the release of his debut solo single "Blu Sunsets' this past spring, followed by his latest single "Move"  featuring Ecstacy of the legendary rap group Whodini. 'RnB Junkie Official' had the pleasure of interviewing James Worthy. We discussed his background, transition in music, having humility, his forthcoming album 'Blu Leisure,' plus more. Check out our interview with James Worthy below!

Can you tell us about your background and how you got your start in the music industry?
Well, initially I started as a ghost producer and ghostwriter. I was writing and producing for different acts whether it be major or indie. More so on the back end side of things, until I started placing with more notable artists getting more recognition in the industry which turned into me actually getting credited. You know, receiving publishing and all that good stuff. So, that’s how it started. 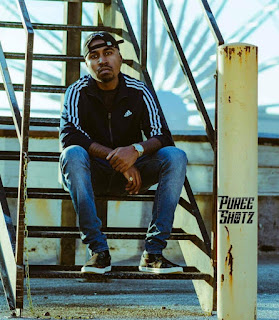 You’re a Grammy award-winning songwriter, producer, artist, and actor. Are there any aspects of the entertainment industry that you would like to tap into that you haven’t yet?
You know right now, I’m really perfecting every genre, so to speak of the entertainment industry. Just by whatever I feel. For example, I’m always trying to perfect music. I'm always trying to perfect production and writing. I’m always trying to perfect acting roles, whether it be television or film whatever the case is. So, it’s really nothing that I haven’t done, but it’s just all about perfecting everything.
You have accomplished things other songwriters and producers aspire to achieve, how do you remain humble?
Well, that’s just me. I’ve grown up a very humble child. I’ve had the support of my parents, whose definitely music lovers, so that really helped me out a lot. I have never been the one to be in everyone’s face and trying to get attention from everyone. I was always the quiet one or the laid-back one, so I think that had something to do with me just letting the music and product speak for its self.
What would you consider to be the biggest lesson you’ve learned so far?
The biggest lesson [pauses]. Just like you said remaining humble, but also knowing who you are. Knowing what you want to be in life and never altering that. What I mean by that is you really have to have a strong mind and believe in yourself that much to know that you are worth it. [To know] that you bring something to the table that no one else does, and are just as good as anyone else. Once you have that mindset, you can do anything you want. 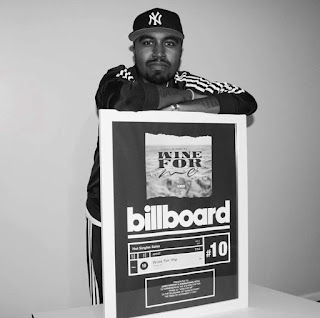 Do you find it hard transiting between artist and producer?
No, not really. I say that because coming from the production side of things and the writing side I’ve had time to sit back and really see how a record is made. Seeing how things are done behind the scenes whether it be mixing, mastering, writing, arrangements, crafting, production. You know, just everything that actually goes into making a record I’ve been in that process, so that was easy for me to implicate that into my own because I’ve done it for so long.
Earlier this year you released your debut solo single ‘Blu Sunsets,’ and recently released your follow up single ‘Move’ featuring Ecstasy from the legendary rap group Whodini. Can you talk a little about the concepts of each song and how they came about?
“Blu Sunsets” was just a debut single that I wanted to put out to show all the fans and the world that I can bring something to the table, as far as R&B is concerned. Anybody that knows my production [knows] R&B is my core. I thought that “Blu Sunsets” was just more of that uptempo, feel good, nostalgic vibe that I think we need in the R&B world now. The concept was more so just feeling good with the person you’re with no matter whatever you guys been through or whatever the case is. Anybody knows when you see a sunset it’s always that positive energy, that positive vibe, so I called it “Blu Sunset” because blue is a tranquil color. Blue is my favorite color also, and the two just go well together, so I called it “Blue Sunset,” which actually transitioned into “Move.” “Move” is more so a feel good nostalgic vibe too, more so maybe an island vibe in the production aspect. I just wanted to switch it up a little bit, and I just want people to feel good dance and move, which is why I called the song “Move,” something good for the summer time. I had to put Ecstasy on there because he’s just one of those legends. I grew up listening to Whodini, and I was just blessed enough for him to bless me with his verse.
You will be releasing your first album ”Blu Leisure.” How does it feel?
It feels amazing! This is my first go around releasing a body of work, so this is my way of introducing myself to the world as a solo artist, and it feels good. Anytime you really do something that you love, and you put your blood sweat and tears into, you always want it to be perceived well. The singles have been received well, so I am excited about putting out this project.
Is there a release date in mind yet?
We don’t have a release date yet, but it will be some time January 2019. 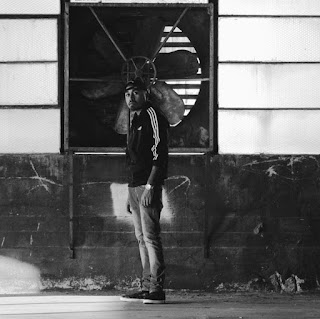 What can we expect to hear on your album as far as sounds, lyrics, and energy?
You can definitely hear a lot of arrangements. A lot of island, R&B, and Hip-Hop influences. It’s more so an infusion of sounds, just different vibes you’re going to find on there. The core of it, of course, is R&B, but it’s just good music, feel-good music. A lot of great melodies within the records. I really feel strongly that people will connect with.
Can you tell us where your music can be found and how fans can reach you on social media?
You can definitely reach me on social media via Instagram, Twitter, and Facebook @kingjamesworthy. You can also go to my website at kingjamesworthy.com, and also we're everywhere streaming platform base Spotify, Apple Music, Google Play, Tidal. Everywhere you can stream music, buy, download, and all that good stuff we’re there.

I want to thank you again for this interview. I really appreciate it.
Thank you for having me.