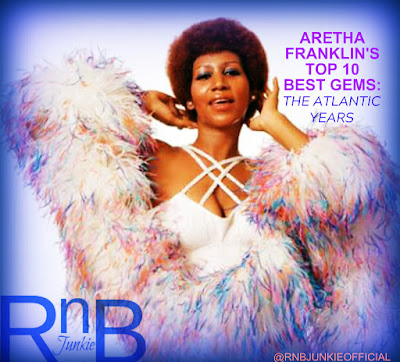 RnBJunkieOfficial salutes the Legendary, Iconic and Grammy Award-winning Queen of Soul ARETHA FRANKLIN on what would’ve been her 77th Birthday today. We’ve compiled her top 10 finest gems and overlooked songs during her most commercial and prolific: The Atlantic Years from 1967-1979. “Respect”, “Chain of Fools”, “Natural Woman”, “Think”, “Rock Steady” to name a few are what made Franklin a colossal figure in American music. 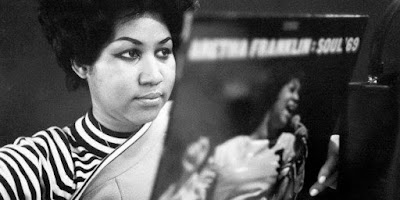 10 ALL THE KING’S HORSES
From the Album: Young, Gifted & Black

09 SOMEWHERE
From the Album: Hey Now Hey (The Other Side of the Sky)

An interesting musical take on this Quincy Jones-produced Broadway piece originally from West Side Story.

08 MY WAY
From the Album: Rare & Unreleased

A brilliant interpretation of Frank Sinatra’s classic that would probably change the way you hear the original forever.

07 WHEN I THINK ABOUT YOU
From the Album: Sweet Passion

One of the finer interpretations of the Herb Alpert/Dionne Warwick classic.

05 HOOKED ON YOUR LOVE
From the Album: Sparkle Original Motion Picture Soundtrack

One of the more stellar Curtis Mayfield-produced tracks after “Something He Can Feel”.

04 GOOD TO ME AS I AM TO YOU
From the Album: Lady Soul

This ballad stands out as one of Franklin’s finest, which features Eric Clapton on guitar.

03 THAT’S THE WAY I FEEL ABOUT CHA’
From the Album: Rare & Unreleased

Franklin showcases her sultry and romantic side on this stunning remake of Bobby Womack's song.

02 SAVE ME
From the Album: I Never Loved a Man the Way I Love You

01 YOU SEND ME
From the Album: Aretha Now

An impressive take on the Sam Cooke original that only the Queen could deliver.

-The Thrill Is Gone
-Without Love
-Gentle On My Mind
-Honest I Do
-Sweet Passion
-With Everything I Feel In Me
-Mumbles
-April Fools
Posted by Terrance at March 24, 2019