New Video: Mariah Carey - A No No 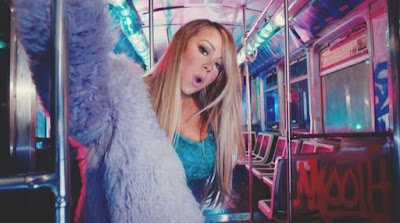 Last November, Grammy Award-winning Superstar MARIAH CAREY released what is considered her best album in years, Caution, which features the singles "GTFO", "With You" and the current Jermaine Dupri-produced single "A No No", which samples Lil Kim and Lil Cease 1996 classic, "Crush On You".

For the visuals, Carey is on a colorful subway with friends. See HERE!

In other Mariah news, the elusive diva kicked off her "Caution World Tour." The North American leg travels across the country, including stops in Atlanta, Chicago, Toronto and New York through April 6.
Posted by Terrance at March 08, 2019