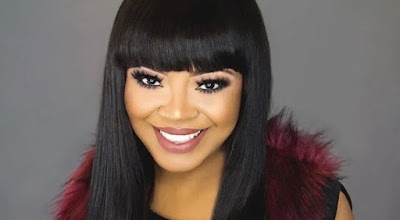 09 LOVIN’ YOU
From the Album: Inner Child

08 THE WAY YOU LOVE ME
From the Album: Discovery

07 YESTERDAY
From the Album: Shanice

Issued as the second single from Shanice’s self-titled fourth album, this timeless ballad was co-written by Shanice and producer Jamey Jaz.

This song was released as the second single from Shanice's third album and marked a progression for her sonically into the Adult Contemporary world.

05 THIS TIME FT. KIARA
From the Album: To Change and/or Make a Difference

A duet between Shanice and duo Kiara, this single peaked at No. 2 on the R&B charts making it her first top 5 hit on that chart.

04 WHEN I CLOSE MY EYES
From the Album: Shanice

Described as the comeback single for Shanice in terms of mainstream impact. Peaking at No. 12 on the Hot 100 singles chart and No. 4 on the R&B chart.

03 IT’S FOR YOU
From the Album: The Meteor Man Original Motion Picture Soundtrack

This dynamic duet with Johnny Gill became a top 5 R&B hit. This standout showcases Shanice’s versatility as a vocalist.

01 I LOVE YOUR SMILE
From the Album: Inner Child

A #1 worldwide smash that truly put Shanice on the map and made her a powerhouse. Co-written by Shanice and legendary producer Narada M. Walden. The song was recently sampled in R&B superstar Chris Brown's hit "Undecided".


Don’t Wanna Love You from Boomerang Soundtrack
Saving Forever for You from Beverly Hills 90210 Soundtrack
Fly Away
Every Woman Dreams
I Wish
Ain’t Got No Remedy
No ½ Steppin’
Keep Your Inner Child Alive (Interlude)
(Baby Tell Me) Can You Dance﻿
Posted by Terrance at May 14, 2019