New Music: Shawn Stockman of Boyz II Men - All I Do (From Upcoming Album "Foreword") 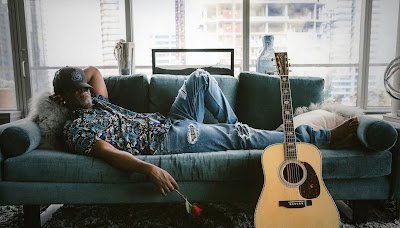 Singer, songwriter and record producer SHAWN STOCKMAN of the Legendary and Grammy Award-winning R&B group Boyz II Men returns with his new single entitled "All I Do".

Produced by Tim Kelley, "All I Do" serves as the lead single from Stockman's upcoming debut solo LP Foreword via SoNo Recording Group on April 10, 2020.

On the song, Stockman adds:

"'All I Do' is about a relationship that's seen it's share of problems, yet instead of it withering away, it gets even better with age. I think we focus too much on being in a 'relationship' and not enough on being a friend to the one you love."