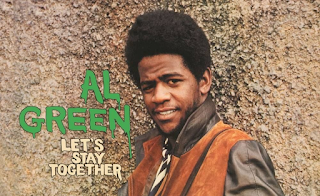 This week the Recording Industry Association of America (RIAA) announced that Legendary singer, songwriter and musician Al Green's 1971 classic hit "Let's Stay Together" has been certified Platinum, 50 years after it's release (One million copies sold in the US alone).

Originally written and recorded by Green for his fourth studio album of the same name, "Let's Stay Together" topped both Billboard's Hot 100 and R&B charts respectively for a combined total of 25 weeks.

Email ThisBlogThis!Share to TwitterShare to FacebookShare to Pinterest
Labels: #algreen