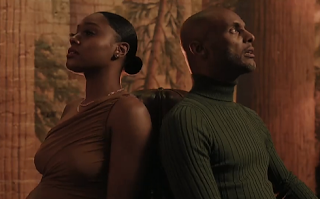 "The vision was to give the viewer a moody cinematic visual focusing on the powerful lyrics of a man reassuring his love for his woman", says Kenny Lattimore and Director Eboni J. collectively.
"Lose You" appears on Lattimore's recently released 10th album Here to Stay via SincereSoul Records.
RnBJunkieOfficial caught up with Kenny Lattimore for an exclusive interview to discuss the album, his career journey and much more. See HERE
Posted by Terrance at February 09, 2022