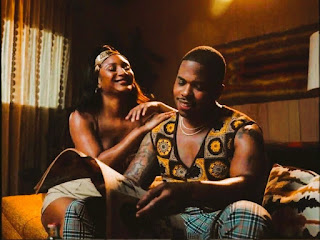 In a statement about the song, J. Brown says:

"This is a very special song for me as I am able to sing about the emotions that sometimes we as men, society does not allow for us to speak about. It touches on mental health awareness and how one can recognize that right now is not the perfect time to give his woman what she deserves. He is being vulnerable in admitting to her and himself that he just can't love her right now because he is not able to love himself."

J. Brown is currently enjoying the success of his 5th Billboard Top 10 R&B single "Don't Rush" featuring Tank. The song is the No. 7 R&B song in the country this week.

Email ThisBlogThis!Share to TwitterShare to FacebookShare to Pinterest
Labels: #jbrown