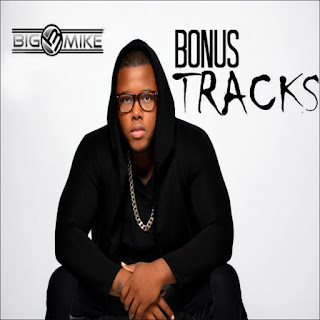 Terrance - You ventured off doing your solo projects but for many fans the question is still in the air. Is there still a Day26?

Big Mike - There will always be a Day26; that's where it all started. We are all just doing the music that we love individually just because that's the path that has been placed in front of us. We still get together whenever there's an opportunity, and we will always and forever be Day26.

Terrance - What has the transition been like coming into your own as a solo artist?

Big Mike - The transition has been good, slow at times but still good. I just had to realize I didn't have that machine behind me so I had to do it all myself.

Terrance - How does your material differ from Day26?

Big Mike - My music only differs from Day26 because it's my music, my life, my situations and things that I've been through personally as well as my energy alone. Besides that it's all still great music!

Terrance - Musically what inspired “How Do I Go On”?

Big Mike - How Do I Go On was inspired by my past relationships. I really just had to let it all out so I basically wrote a song about how she made me feel.

Terrance - Why did you decide to name your EP, Bonus Tracks?

Big Mike - I decided to call it "Bonus Tracks" because I just wanted to give more music to my fans. They kept asking for it so it was just some extra tracks made just for them.

Terrance - Who are some artists you’re listening to right now?

Big Mike - Oh wow to be honest I pretty much listen to everyone that catches my ear. To name a few I would say Coldplay, Lionel Richie, Adele, Trey Songz, Bruno Mars, Chris Brown, Tori Kelly just to name a couple.

Terrance - What are your thoughts on where R&B is currently?

Big Mike - I think R&B is in an ok state but declining, only because there's not a lot of artists that can truly sing and entertain that get the recognition that they deserve. So once we all get back to appreciating an artist for being an artist and not a gimmick or hype then I think we will start to see that great music again.

Terrance - On Making the Band we witnessed the turmoil of Day26 but what would you say is the biggest misconception about the group?

Big Mike - The biggest misconception is that people may think that we hate each other but we don't. Things are just not clicking in the ways that they need to right now because of our own individual schedules.

Terrance - With Diddy being at the forefront do you think Day26 were kind of in the shadow of 112?

Big Mike - Day26 has never been in the shadows of anyone. We've always made our own lane no matter what because we wanted people to know we can stand on our own. Vocally I don't think there is a group that can touch us.

Terrance - Do any of the guys still keep in touch with Diddy?

Big Mike - Well I don't know about them but I know when I see Puff we talk. I can't say that for everyone else.

Terrance - If you had to choose three Day26 songs that weren’t singles but should have what would they be?

Big Mike - If I had to choose three songs that should have been singles I would say Perfectly Blind, Baby Maker, and Come In

Terrance - One artist you would love to collaborate with?

Terrance - What’s one thing about yourself that would surprise people?

Terrance - Who musically influenced you growing up?

Big Mike - My family influenced me the most growing up. Aside from family I would Stevie Wonder, Boyz II Men and many others

Terrance - Greatest lesson learned since being in the business?

Terrance - Is there anything else you’re working on or have planned?

Terrance - Where can our readers connect with you in social media?

Big Mike - All of my social media can be found at www.iambigmike.com
Posted by Terrance at April 03, 2016