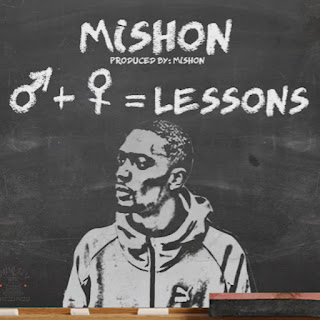 Terrance - You took a brief hiatus from the business so tell us what sparked this renewed interest to get back out there?

Mishon - Sometimes we all have to step back from something to really realize what's there. During my break it made me realize that the only thing that missing was my direct focus on being passionate about what I do. You gotta have that fire, and that break led me back to that fire.

Terrance - Talk to us about your latest single “Lessons” and what inspired it.

Mishon - "Lessons" was inspired by a real relationship I was in with a girl, she was living in LA at the time, I was living in ATL. It was basically me reminiscing on the love we had and things that I've learned about life along that journey. For example, the line "just because you have power doesn't mean that you're strong", is saying no matter what walk of life you come from we all succumb to the powers of love.

Terrance - Can you share details about your upcoming album, The Truth, as far as producers and guest artists?

Mishon - I've been recording non stop! I produced "Lessons" & "The Truth" and many more on the project. I'm working with 808 Mafia, V12 The Hitman just to name a few. I really want you to be surprised so I won't say much.

Terrance - There was also a surprised EP released titled, The Lost Files, this year. What’s your ultimate goal with that release and is there a personal favorite track?

Mishon - "Lost Files" was a collective of a few really dope records that have been sitting in my archives for some time now. I wanted to get that music out to the world and give fans an appetizer to "The Truth" EP.

Terrance - So far in your career what has been the biggest accomplishment for you?

Mishon - My biggest accomplishment to me is always being able to stay connected to the creative process. Some people lose their source of inspiration and forget how to regain. You have to really be in tune to these certain keys to success.

Terrance - Considering you’re fortunate to add songwriter/producer to your credit, who are some artists you would love to work with?

Terrance - What are your thoughts on social media as it pertains to music overall?

Mishon - Social media is the wave because it's allowing people to get into everybody's personal life. It's like everybody has their own television channels now. It's super cool.

Terrance - If you could perform with any Legendary artist who would it be and why?

Mishon -  If I could perform with MJ it would be the ultimate dream come true. His stage presence and passion always makes me take my stage experience to a higher place. It's higher than just being on stage, it's about just "being". I learned that from studying Michael Jackson.

Mishon - This era of music inspires me the most. I've had phases of 80's, 90's, and grew up through the 00's, but it's really hard to beat the honesty of the music this day & age. As a musician I can hear all the subtle nuances that an artist drew inspiration from when listening to their music. I'll be like, that was a 90's run, or "that note had the passion of something out of the 70's", or "they wrote those words because that's something my generation is currently going through". As a musician I love being able to pick up on these things and talk with other people that do too.

Terrance - You have quite a background in Film and Television most notably on the series Lincoln Heights will we see you on TV again?

Mishon - There's a lot more in store for me, not only including being back on the television screen, but on the big screen as well.

Terrance - What’s the greatest lesson learned about the business?

Mishon - To stay humble, and only do it if it's true love.

Terrance - Where can our readers reach out to you on social media?

Mishon - My Twitter/IG is @Mishon. Facebook.com/officialmishon.