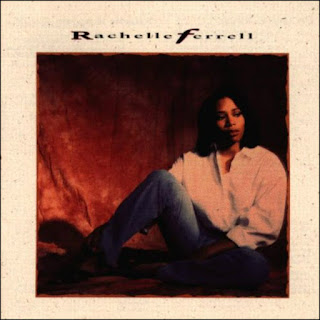 Rachelle Ferrell, a virtuoso, and she is what I call "One of the Greatest Singers Alive".
This release is her debut album in the US, although her first album "First Instrument" was released outside of the US in 1989/1990. This album was a much more urban contemporary vibe compared to her jazz debut album. Released in 1992, Ms.Ferrell's vocals are on point and crystal clear. Her range extends six amazing octaves, which are shown on many tracks.
Her ear piercing whistle register on her most well known single, "With Open Arms", will make your body twist and eyes water. She has immense vocal stamina, belting a powerful 17 second note on the conclusion of "With Open Arms". Her whistle register can also be heard on "I'm Special", and also another well-known single, "Til' You Come Back To Me". This Gold certified album has been slept on, and so has Rachelle Ferrell as an artist. She is not only a vocalist, but a well trained pianist as well. It is a disappointment that this album was not given the promotion or recognition it should have gotten, however; it is well appreciated by avid music listeners.