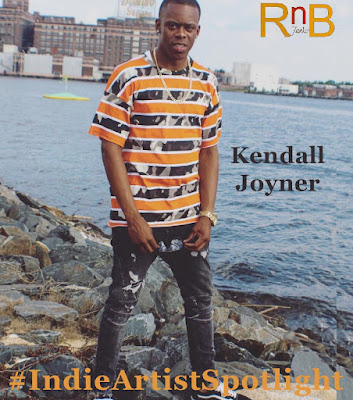 Our next #IndieArtistSpotlight is a Baltimore, Maryland native, Kendall Joyner, who goes by the stage name Kendall Jay. With dreams of breaking into the music industry to become a successful artist, this triple threat is finding the balance of chasing his dream while pursuing an education. 'RnB Junkie Official' had the pleasure of interviewing Kendall Jay. We discussed his passion for music, being a triple threat, influences, new music, and more. Check out our interview with our #IndieArtistSpotlight Kendall Jay below.

When did you first develop a passion for music and realized that it was something you wanted to pursue professionally?
Okay, so you know how you usually have some people who say that they have been singing since they were like four? I always knew that I could sing, but it became apparent to me like it was really something that I wanted to pursue when I was about twelve because my mother talked to me. She said, “you’re not doing anything with your gift. We know you can sing we're trying to pull it out of you, but you know the same way God gave you the talent he can take it away. You don’t want your talent go to waste!” So you know, I think it was around when I was twelve years old, and I knew. For those who aren’t familiar with you musically, how would you describe your sound?
For those who aren’t familiar with you musically, how would you describe your sound?
My sound I believe is a mixture of course of R&B, but as I said before, I listen to all genres of music. I love Country, Rock, everything Alternative, but of course, R&B is more at the forefront. So, I would describe it as smooth. Like a smooth sound of R&B and more urban than the music coming out now, as far as my music. It’s a lot of 8o8’s like heavy bass, kind of like that trap sound but more smooth. It’s not that talk/ rap type of thing, so yeah, it’s more of a smooth sound.
You’re a triple threat! You sing, write, and act. Is it hard to balance all three?
Yes, it is. It really is hard to balance all three, but it’s like when you’re passionate about something you just do it. That’s how I look at it, and I just try to stay on top of all of my gigs and look for more gigs at the same time. It’s hard though, but I just do it.
Out of the three, does one come more natural? 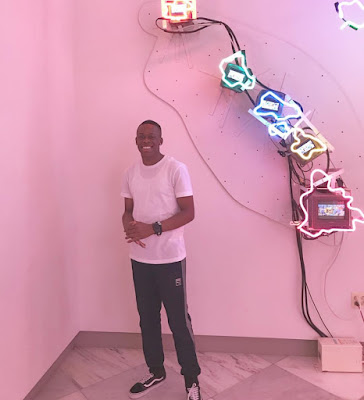 I think the one that comes more natural believe it or not would be the acting. Once I am in my element like as far as whatever opportunity that I have. Like the last one with TvOne, they asked me when I was on set, “did you go to school for this?” I’m like no, I just love to do it. So, yeah I think it would be acting.
You are from the DMV, where GoGo and Bmore Club music is prevalent. Do you incorporate these styles of music into your sound?
Definitely! I am so interested in doing a Baltimore Club music track. Like something of the “Dance My Pain Away.” Something similar to that, but more modern sound. Yeah, I am definitely down to make one of those tracks. Who are some of your musical influences?
Who are some of your musical influences?
Oh, you know the answer to this! [Laughs] I absolutely love, adore, completely inspired by since I was little Brandy! She is! Like, she just is. She’s pretty much the reason why I go so hard when it comes to as far as my motivation behind the music. I stay up all night listening to her live arrangements. I know them all by heart when I go to her shows. I know all of her leaked/ unreleased music, all of her albums everything. I’m sure you can relate too. It’s that serious, so everybody who knows me knows that Brandy is my favorite artist hands down.
You’ve had the opportunity to open for big artists such as Lil Uzi Vert. What was that experience like for you?
It was amazing! We got to meet him backstage. Of course, he gave us that peep-talk to everyone that helped open up, telling us to keep going. One thing that really stuck with me when we talked to him he said, “everyone has a story, and your story is what helps you make it.” Like, I just went through something in April, and that story stuck with me, what he said, and I’m like wow this is going to be my testimony. This will be how I can help people when I make it. So, yeah it was amazing, and I think that’s the one thing I took from that opportunity.
Can you tell us a little about the new music your working on?
The new music, as I said before about the situation that I went through April, the biggest thing I’ve done to get through it was to write. The track is called ‘Open Letter.’ It’s just basically me journaling everything I’ve been through, how my friends left me, just how I was treated and everything. It’s a really powerful record. I love it. I’ll actually send it to you after this. I’m working on about five other tracks, as well. I’m starting small.
As you know being in college money don’t be being right and I want it to be as professional as possible. I don’t want it to be something that’s… I’m going through ASCAP. I’m getting my publishing source through ASCAP. I want to do it the right way so that it can be on all streaming platforms. It’s definitely coming up. I just thank God because it didn’t seem like it was possible, but now it’s so clear. 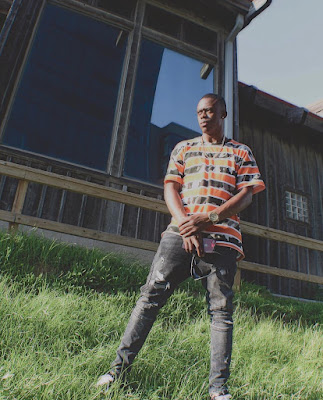 [Here’s a fun question...] If you could only listen to three albums for the rest of your life, what would they be and why?
Okay, three albums… It would be… Hmm… Well, I don’t really have the urge to listen to anybody else… Like, if I could only listen to three albums for the rest of my life, it would definitely be three Brandy albums. Of course, it would be the first one ‘Brandy.' That’s a classic, the self-titled album. Then, hmm… It gets hard after this. (Oh, my god. Jesus. ‘Never Say Never’) Okay, it would be the self-titled album ‘Brandy,’ then it would be ‘Full Moon,’ and ‘Afrodisiac.’ It would be those three. ‘Brandy,’ that album is because I was introduced to Brandy during that album. I was born in 96’, but my mother played ‘Always On My Mind’ all of the time, ‘Best Friend,’ and ‘I Dedicate.’ Those [songs] were kind of where I was introduced. For the second one, ‘Full Moon’ that's just like her at the center of her evolving. Just the magic that was made with her, Rodney Jerkins, and  Lashawn Daniels. That whole sound was just magical, and people are trying to imitate it still to this day. ‘Afrodisiac’ because it’s just ‘Afrodisiac.’ [Laughs]. All the tracks on there ‘Finally’ and ‘Focus,’ like those songs they mean something really special. My bad, I don’t want to keep rambling, but that’s how I do.

How can you be reached on social media and where can your music be heard?
On social media is Kendall Joyner. It’s just my name K-e-n-d-a-l-l-J-oy-n-e-r (@KendallJoyner). I have music on SoundCloud, as well as featured on about three to four songs on Apple Music and all streaming platforms. On YouTube, I have some videos up. One where I covered Russ' ‘Losin Control,’ that’s like my favorite video. Within the next four months I will have all my EPK done, (Electronic Press Kit) and everything, I will have music on all streaming platforms. I am really excited about that.

Thank you again for this interview.
Thank you. Thank you so much for having me and considering me.

Posted by Idealistic Ambition's at October 31, 2018