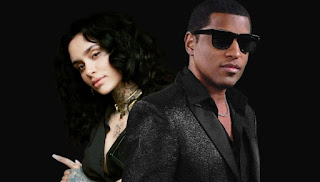 In a statement about the collaboration, Babyface says:

“I worked with Kehlani many years ago and I am just so proud of who she has become as an artist and also how well she knows herself and her fans. I am really honored to have her collaborate with me many years later for such a special project and I love the song we created. Kehlani is one of one and a true superstar.”

"Seamless" was written by Babyface & Kehlani in collaboration with The Rascals (also co-producers) and serves as the follow-up single after "Keeps On Fallin'" ft. Ella Mai from Babyface's upcoming album Girls Night Out which arrives October 21st via ECAF, Inc./Capitol Records.

Girls Night Out will also feature collaborations from other top-tier female R&B artists such as Ari Lennox, Queen Naija, Doechii and more.