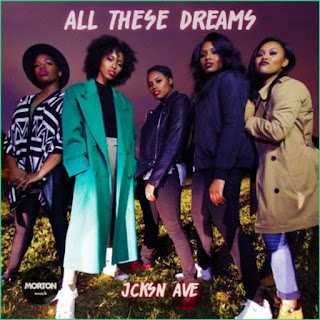 Terrance - I understand you all are blood sisters. When did you all realize music was your calling?

Madison - It happened at different times for all of us I believe or for each of us. We’ve all been around music our whole lives. We were studio babies growing up and going to different functions with our parents and other relatives who are also musically inclined so I think that it was just you know being around it. We kinda had a realization at different points in our lives.

Terrance - Born and raised in Memphis, how much does Memphis influence you all as musicians and not just people?

Moriah - I think being born and raised in Memphis and being around the Arts and Music in general you just really don't have a choice in that influencing you especially when you're around it all the time. You’re just gonna to be inspired especially when it's something that you want to be or be involved in. You got Stax music it has such a huge history of Blues and R&B. Memphis is really one of the birthplaces of Soul music and so just the influences were all around. It definitely influenced us in more ways than just living here. It’s definitely a musical connection.

Terrance - We always hear about aspiring groups going through many name changes before getting discovered and signed. Was that the case with you all and how did the name Jcksn Ave come about?

Kristian - That wasn’t the case. My father actually came up with the name. I want to say Madison went through it like she actually remembers.

Madison - I remember jotting down different names and they were all like really wack because I was every bit of 12 so they all sucked (laughs). It was like really weird stuff. I was coming up with phrases because I was listening to a lot of bands so it was like phrases for group names and my dad didn’t shoot it down he just came back and let me give my input. He was like what about Jackson Avenue? And I didn’t like it I thought it was suckie at first.

Moriah - Jackson Avenue stuck but later on maybe about a couple of years ago we change the spelling of the name. Jcksn Ave pretty much been steady since the beginning I think we're going to keep it.

Terrance - There’s an interesting backstory to how PJ Morton from the Maroon 5 band discovered you all. Can you share that with the readers?

Kristian - Okay so we went to PJ's concert back in 2013 and we were just you know grooving during the concert and dancing all 5 of us and then afterwards we actually waited at the end of a line to go and speak to him and we kind of talked and we told him about our single “If You Believe In Love” and that was the end of that and then like a couple of weeks later he DM’d us like have your mom or dad email me or call me ASAP and the rest is history.

Madison - Moriah is the fireball.

Kristian - Jessica is the mysterious one.

Moriah - Kristian is the drama queen.

Jessica - Hannah is the shy one. The baby.

Hannah - Madison is the leader.

Terrance - Interesting. Now not only are you singers but gifted writers and instrumentalists as well. How important is it for Jcksn Ave to be known as all around musicians?

Hannah - It’s just as important as Jcksn Ave. to be known as all around artists.

Moriah - Yeah definitely. Often times in this industry people try to put you in a box and say oh you sing? Oh you play instruments too? Oh but you’re so beautiful you should just sing only or they have their expectations of you should be and what you should do but we are so focused on wanting to grow and be the best we can in every aspect of who we are as musicians and artists so we think that it's extremely important for people to see both or all the sides of who we are creatively.

Terrance - Tell us about your debut single “All These Dreams” and what inspired it.

Jessica - Honestly the whole journey to get to Los Angeles which is where we actually wrote and recorded the song that whole journey was trying and that inspired a lot of what came to be the song so yeah and it was our first time creating together in one room like the whole family and with PJ so that was another thing in itself so it was really cool.

Terrance - Is there an EP or album in the works?

Terrance - How would you best describe your sound?

Madison - I’d have to say soulful and musical

Jessica - Our music is a fusion of many because we all are night and day individuals so we’re a stew we mix the pot a lot. We’re stewin’.

Terrance - What artists or bands are you all enjoying at the moment?

Hannah - I have to say Stevie Wonder at every moment.

Moriah - Artist or band I’m always enjoying some Michael Jackson. At every moment.

Terrance - Why do you think there aren’t many girl groups anymore?

Madison - I’m not sure why there aren’t many like I don’t have an answer for that honestly. I think times have changed and times were different. It’s kinda like we’re right now repeating where music was in the eighties and that’s also prior to the nineties where girl groups were really popular and they were leaving after the seventies where girl groups were really popular back in the early to mid eighties. So I think we’re kinda in that space again and everybody is kinda searching for what sounds good, what the industry needs, what people need and what music need.

Kristian - I think also the industry has evolved and I think possibly I don't know for sure but they may be controlling that because at one point there were tons of boy bands the industry was producing making available to the general public as well as female groups and then all the sudden you really didn't see any but I feel like that's kind of odd because I know that they exist so I feel like maybe that it was an inside situation where companies were pushing for solo artists. Possibly. Just a thought not coming for anyone just not sure (laughs).

Terrance - And while we’re on the subject of girl groups which ones influenced you all growing up?

Moriah - There were many but I’m gonna say TLC

Kristian - I will say En Vogue and The Spice Girls

Jessica - The Supremes and Dream

Terrance - What’s the most exhilarating attribute about performing live?

Kristian - I have to say the energy, the crowd and feedback and just the energy period about hitting the stage because you have a moment where you go through in rehearsals and stuff where you’re like walking through and sweating it out trying to get it right and then when you get to the stage you have that moment it clicks the audience out there it's a liberating situation and it feels like you belong up there.

Madison - Michael Jackson once said if he could he would sleep on stage because that’s where he’s most comfortable.

Terrance - What are your thoughts on social media and how it play a role in your impact?

Jessica - It’s a very powerful tool when used correctly and in your favor. Youtube is cool too.

Terrance - Where can the readers find you all on social media?

Kristian - Well all of our social media handles are JCKSNAve except youtube it’s JcksnAvenue.

Hannah - And thank you so much! We’re glad you reached out to us. We really enjoyed it.
Posted by Terrance at March 11, 2016